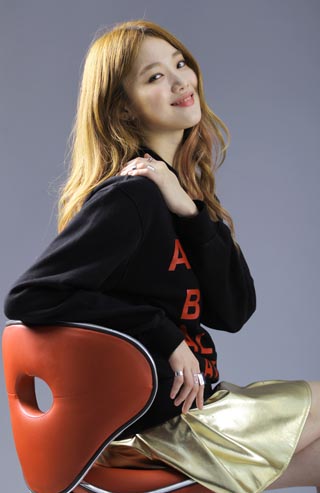 A photo book of actress Lee Sung-kyoung will be released on Wednesday, according to YG Entertainment, her agency.

YG said Friday that Lee had worked with photographer Shin Hye-rim over the past four years on the book, in which the actress is shown in various settings in and around Seoul, including Jongno District and Itaewon.

The publication is different from picture books featuring other celebrities because all the photographs were taken on film.

Lee made a name for herself through the drama series “It’s Okay, That’s Love” (2014), in which she played a supporting role as a troubled high school girl. However, she began her professional career as a fashion model when she was a teenager.

She currently stars in the popular tvN drama series “Cheese in the Trap,” in which she plays Baek In-ha, a shopping addict.