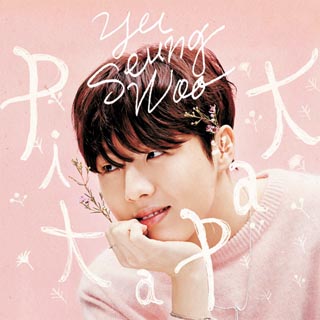 Singer-songwriter Yu Seung-woo is back with his new EP, “Pit a Pat,” released earlier this month.

Yu, who made his debut in 2012 on the audition program “Superstar K,” is known for his trademark soft voice, lending itself well to the image of a shy guy.

He has gradually tried to break that persona, however, particularly in this album, in which he capitalizes on his youth and puts the focus on being honest with his emotions.

The album contains five songs describing the cycle of love. The track “45.7cm” tells the story of a boy about to experience his first love. The song is currently the most popular off the album for its relatability. Listeners have likened the song to their own love story.

The tracks “Getting Like You” and “Twenty” were both written and composed by Yu, a testament to his potential as a singer-songwriter.

The charm of this album is that he collaborated with various artists. Renowned lyricist Kim Eana participated in the bonus track “You’re Beautiful.”

BrotherSu and Crucial Star also collaborated on some of the tracks.

This year, Yu turned 20 according to Korean age calculations - a time when most people generally face a myriad of challenges as adults. Fittingly, the track “Twenty” expresses a bit of his apprehension over that fact. And with more changes to come in his adult life, it is likely that listeners will get to experience a whole range of emotions.