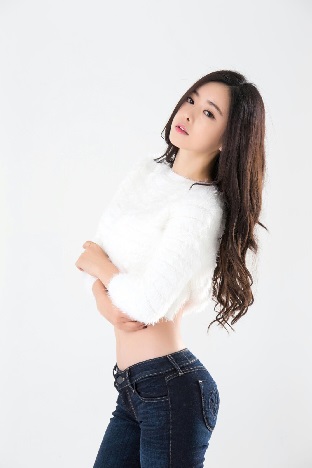 Korean actress Hong Soo-ah has been more active in the Chinese entertainment scene in the past couple of years than she has ever been in her home country.

After making a name for herself in the popular sitcom series “Nonstop” as a bubbly teen back in the early 2000s, Hong headed to China, where she has become big enough to get leading roles, something she was never offered in Korea.

“I wanted to try out for versatile roles, but the ones suggested to me were always the same - the same wacky girl version of me when I was young,” the actress said in a recent interview.

“I felt I was hitting an unseen wall every time that sort of character was offered to me,” she added. “Then China suddenly offered me roles that let me try out many versions of myself. They had no stereotypes about me but only relied on how I looked to cast me in their films and dramas. I couldn’t find any reason to say no to their offers.”

But moving to the Chinese market completely was never her intent, so this time, she chose a Korean film, “Malice,” which opened nationwide on Thursday.

In the crime thriller, based on a real incident that happened in 2003 in which a woman killed her longtime friend as well as her two young children purely out of uncontrollable jealousy, Hong plays the cruel assailant named Ga-in.

“Ga-in is a character of complete darkness, which contrasts the ones I was used to playing in Korea,” Hong said.

“It wasn’t hard to sympathize with the character because the emotion of jealousy applies to everyone, I think.”

Being able to see herself front and center on a movie poster in Korea is something Hong has dreamed of all her life, even when she was getting the star treatment next door in China.

“I’ve worked hard for the past few years, and the thing I sincerely feel these days is that hard effort never betrays you,” the actress said.

“It is the most honest way to prove yourself, and even if you are not acknowledged for it, you don’t have regret it because you’ve done your best.”

But there were times when she had to just keep pushing through hard times.

“When I was filming my first film in China, I wasn’t much liked by local actors,” she said.

“And I understand that because if it were me, I wouldn’t be able to give a warm welcome to foreign actors playing lead roles who were not even fluent in the language. But as time passed, we were able get along pretty well,” she added.

Hong also couldn’t avoid malicious comments from some Internet users who pointed out changes in her appearance, but she was up front in admitting she underwent plastic surgery.

“The roles that were offered to me in China were those who were going through some sort of tragedy and mysterious ones who are remembered as any guy’s first love,” she said in explaining why she went under the knife.

After doing a few days of promotional work in Korea for “Malice,” Hong had to fly back to China to finish her part in the upcoming Chinese film tentatively titled “Bystander.”

“I find myself in a much better position compared to in the past, both in terms of career and money,” she said.

“But I am yet to be completely satisfied, which is why I am going to keep on working hard. My goal right now is to participate in a film in Korea that can represent me.”