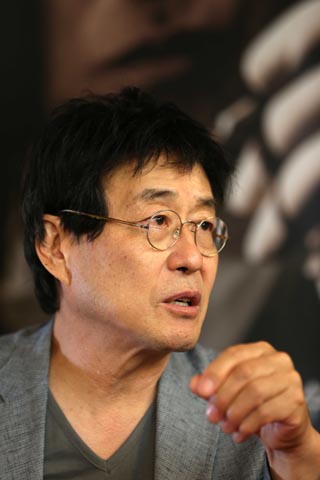 Kim Chang-wan, the frontman and vocalist for the popular Korean rock band Sanulrim, failed to stop sales of a special anthology LP, which he said was produced without his consent.

The Seoul Central District Court said it rejected Kim’s petition for injunction against the sale of “Sanulrim Anthology: Seorabeol Record Era 1977-1980,” released by an LP record company in a limited-edition run of 500 copies. Kim sued the head of the company in January.

The anthology consists of eight LPs - Sanulrim’s first to sixth official albums and music tracks for movies. With the enthusiasm of music aficionados, all the copies sold out and are now being traded for 400,000 won ($330) online, which is more than twice the sale price.

The court said Kim is not in the position to file the injunction because Kim has left his copyright on his singing and performing in the trust of the Federation of Korean Music Performers, so such a petition must be made by the federation.

The court also said that whereas Kim holds the copyright for singing and performing, he does not have one for the production of records. Kim argued he was transferred the copyright for production from the now-defunct Seorabeol Records, but the court said it has found no documents to prove it.