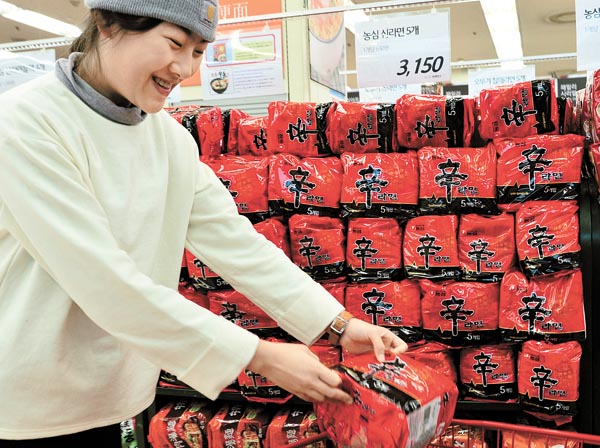 Accumulated sales of Nongshim’s Shin Ramyun, one of the world’s most popular noodle products, surpassed 10 trillion won ($8.23 billion) for the first time, the company said on Tuesday. From its release in October 1986, roughly 28 billion packages of Shin Ramyun have been sold. Considering each packet has roughly 50 meters (160 feet) of noodles, enough Shin Ramyun has been sold to wrap around the earth 35,000 times. [NEWSIS]