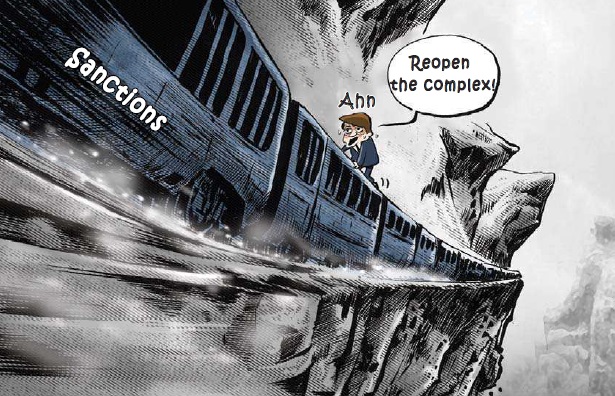 Ahn Cheol-soo, co-chair of the minor opposition People’s Party, criticized the government’s shutdown of the Kaesong Industrial Complex in a bid to win liberal votes in the Jeolla provinces - the home turf of former President Kim Dae-jung who pressed ahead with the Sunshine Policy - in the April 13 general election.