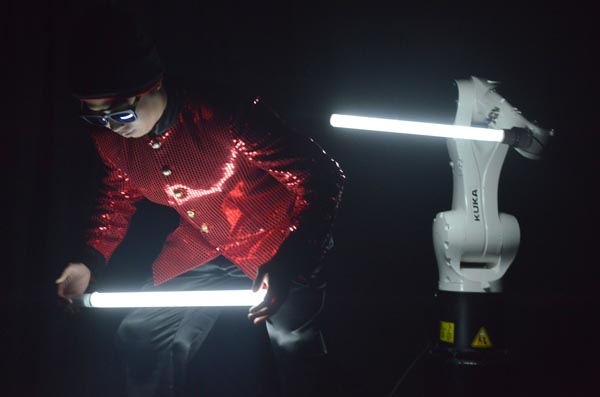 The Ministry of Culture, Sports and Tourism celebrates the one-year anniversary of the establishment of its “Cultural Convergence Belt” on Thursday by holding diverse programs, including a dance performance by Animation Crew, above, at the Creative Convergence Center in Sangam-dong, Mapo District, western Seoul. In an effort to cultivate Korea’s cultural content, such as computer games and webtoons, the government kicked off operations of its Cultural Convergence Belt last February. This initiative, which is composed of a creative convergence center, a creative venture center, an academy and a cluster of cultural performance facilities, is aimed at helping tech venture start-ups that have moved in to work on developing creative ideas. [NEWSIS]