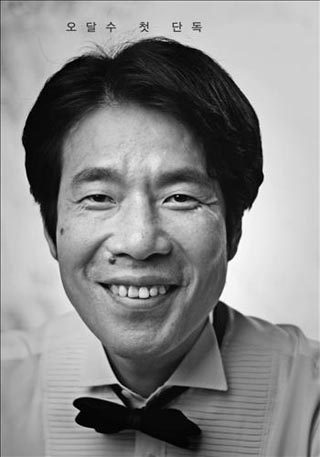 Ten million viewers is quite a milestone in the Korean movie scene. Having appeared in so many movies that drew more than 10 million viewers, including “Assassination” (2015), “Veteran” (2015) and “Ode to My Father” (2014), actor Oh Dal-su has earned the nickname “10 million fairy.”

Now, the unlikely star is making another movie with 10-million-viewer ambitions.

Oh showed up at a Lotte Cinema in Gwangjin District, eastern Seoul, on Wednesday for a press conference for his upcoming movie “The Great Actor.” In the movie, Oh will be playing the main character, somewhat ironically, for the first time in his 26-year acting career. The protagonist is a no-name actor striving to make it big, much as Oh once was.

Director Seok Min-woo, who was in charge of the script and directing for the movie, was there with Oh along with the crew. The director said he “wrote the scenario thinking about the great actors” and added that he “wanted to show Oh throughout the film, unlike how it has been in Oh’s other movies.”

When asked to describe what it was like to be “The Great Actor,” Oh answered that he “will only be able to do that in the twilight of his life because it is very difficult to verbalize such greatness.” He did express his perspective on how to be successful: “Avoid being super serious about [one’s] career, but make sure to enjoy it as if it’s a hobby.”

The movie will open in theaters on March 3.