Carrying on the legacy of the Hungnam evacuation

Carrying on the legacy of the Hungnam evacuation 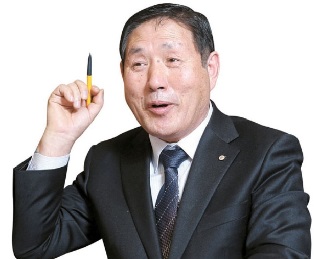 Lee Gyeong-pil, who was born on the ship, hopes to build a monument to commemorate the evacuation. [KANG JUNG-HYUN]

Lee Gyeong-pil was born aboard the last escape vessel out of Hungnam Port in North Korea during the mass evacuation known as the “Miracle on Christmas” in 1950, in the midst of the Korean War. He is a living embodiment of Deok-soo, the protagonist in the popular movie “Ode to My Father” (2014), which depicts the evacuation.

Lee was born on the SS Meredith Victory, the last ship out of Hungnam, as it reached Jangseungpo Port in Geoje, South Gyeongsang. During the evacuation, the ship carried about 14,000 refugees in a space originally built for 60 people.

Born last among five babies on the ship, Lee is nicknamed “the last Deok-soo.”

But at the time of his birth, Lee had another nickname; he was called “Kimchi-5” by the crew members, who named newborn babies aboard the ship “Kimchi-1,” “Kimchi-2” and so on, by order of birth. 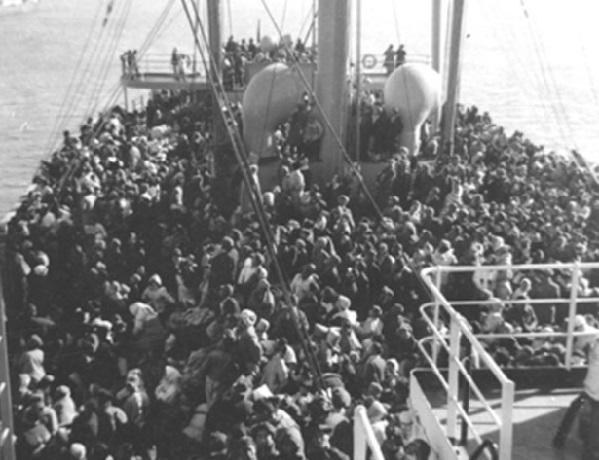 The American freighter SS Meredith Victory brings about 14,000 refugees into Jangseungpo Port in South Gyeongsang during the Hungnam evacuation in December 1950.

He is currently raising support for the establishment of a monument for the Hungnam evacuation at Jangseungpo Port.

The JoongAng Ilbo sat down with Lee to hear more about his movement. The following is an excerpt from the interview.

Q. You have been assisting the Hungnam Evacuation Commemoration Corporation and the Ministry of Patriots and Veteran Affairs to establish a monument for the Hungnam evacuation. What will be the purpose of the monument?

A. In participating in the 1090 Movement [1090 represents people across generations, from teens to those in their 90s, getting together to raise awareness on unification], I have been trying hard to help the youth get the history right. The young people I meet today do not know much about the Korean War, not to mention the Hungnam evacuation. It is a historical incident that will help give the youth a correct understanding and outlook on the nation and its security.

Where do you propose the monument be established?

While a 1,000-square-meter (10,760-square-foot) monument for the evacuation exists inside the preserved remains of the Geoje Prisoner-of-War Camp - which is 33,000 square meters in size - it is not appropriate to have a monument for the Hungnam evacuation as part of another monument. Jangseungpo Port, where the refugee ships landed, will be the right location for the monument. When the Geoga Bridge, which connects Geoje with Busan, was built, a passenger ferry terminal became obsolete. I intend to remodel the area to build the monument there.

It is crucial to anchor a ship the size of the SS Meredith Victory at the site, which had been dismantled with age. But there are still many ships of similar size in the United States. Receiving and towing the ship will cost 6 billion won ($4.9 million), remodeling the vessel into a museum will cost 3 billion won, and dredging the port and preparing additional facilities will cost another 3 billion won, making the total 12 billion won. Benefactors as well as private fund-raising occasions will be needed, as well as help from the U.S. Embassy in Seoul, the Ministry of Veteran Affairs and the Geoje Municipal Government.

The National Museum of Korean Contemporary History is currently hosting an exhibit titled “Hungnam, The Winter of 1950” until Feb. 29. Will exhibits like this be present at the museum?

Items from back then, from vinyl records to buckets, brass basins, oil drums for the army, metal road signs and trousers made out of army blankets will be exhibited for vivid depiction of the evacuation days. The Folk Museum in Geoje is currently collecting such items. One side of the monument will record the humanitarian history of the evacuation, and another side will commemorate the Battle of Chosin Reservoir.

Only the fact that you were born on the evacuation ship is known to the public. What has your life been like afterward?

My whole family led our lives thanking the country for a new chance at life. I applied to the ROTC and served in the front-line division. I even searched for a North Korean underground tunnel with a stethoscope. My older brother, who was also on the evacuation ship with me, fought and died in the Vietnam War after he was exposed to defoliant. My son has been working as a pilot in the army after graduating from the Air Force Academy.

Do you still communicate with the American officials who were on board the evacuation ship?

I still meet with the family of Col. Edward Forney, who, with Korean translator Hyun Bong-hak, persuaded Maj. Gen. Edward Almond to allow more refugees to board the vessel. Robert Lunney, 87, who was a senior crew member of the SS Meredith Victory and became a lawyer after the war, is still working hard to spread awareness on the humanitarianism of Capt. Leonard LaRue and the miracle of the evacuation mission. The Hungnam evacuation was not an isolated event for South Korea but a global incident. It is the duty of the generation who received the grace of that event to build a monument to commemorate its history.