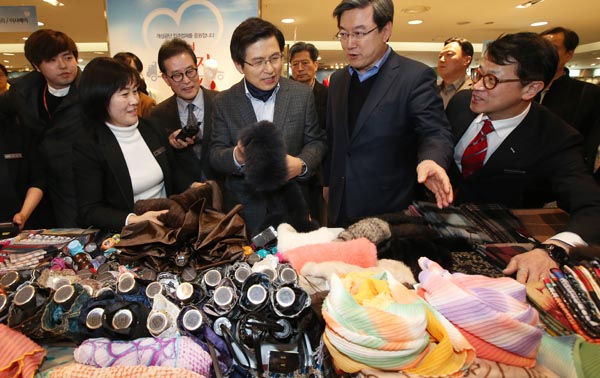 The South Korean government said over the weekend that it will provide 330 billion won ($267.6 million) in insurance coverage starting Thursday to the companies affected by the shutdown of the Kaesong Industrial Complex.

“The government has earmarked a total of 330 billion won in the state-run insurance program and will begin paying out the money to the firms in the order of applications received,” an official at the Ministry of Unification said Sunday.

The source added that the government had increased the monetary coverage, raising the provisional payment limit from 30 percent to 50 percent.

The Office of the Prime Minister previously said it was planning to provide 285 billion won in total compensation - up to 500 million won for each firm - to the small and midsize enterprises (SMEs) already covered by state-run insurance programs.

The ministry said in a statement that the government will shorten the examination process for payment, skipping the grace period, from four months to one month. In 2013, government started receiving applications for compensation in June, two months after the North suspended operations at the Kaesong complex on April 8.

The government started providing insurance money on Aug. 7, 2013. The ministry said 112 firms can be compensated for up to 90 percent of their invested assets, up to 7 billion won. Among 123 companies, excluding a company that already suspended operations, 79 firms are covered in the state-run insurance program.

Thirty-three companies that did not have factories operating in the Kaesong Industrial Complex but had related businesses are covered by the insurance. Total losses so far have not been calculated, according to the Unification Ministry official, who added that there are 14 firms that experienced more than 7 billion won worth of losses.

The Kaesong Industrial Complex has been idle since Feb. 10, when South Korea announced that it was shutting down the complex as a punitive measure for Pyongyang’s fourth nuclear test on Jan. 6 and subsequent long-range missile launch.

The government concluded the joint venture had served as a lucrative source of revenue for the regime to bolster its weapons programs.

A day later, the North kicked out the South Korean workers at the park and seized the remaining assets.