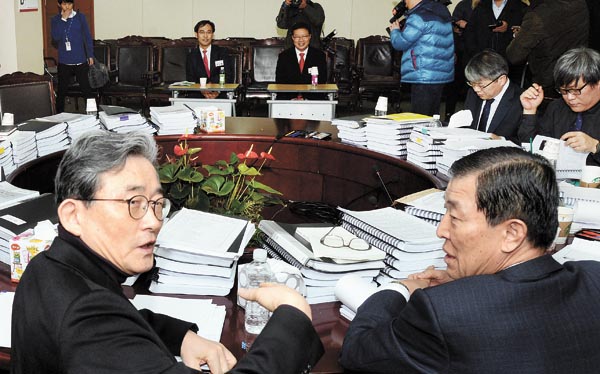 Lee Hahn-koo, left, chairman of the Saenuri Nomination Committee, and Hwang Jin-ha, right, the ruling party’s secretary general, converse at the party’s headquarters in Yeouido, southern Seoul, as they conduct interviews Sunday with applicants hoping to win the Saenuri nomination ahead of the April 13 general election. [NEWSIS]