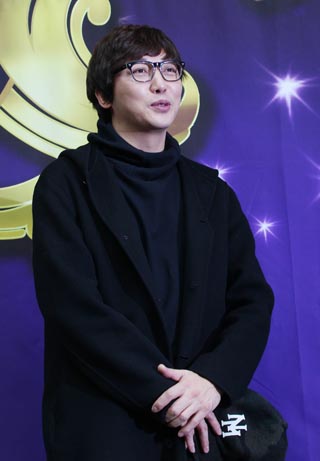 After being out of the spotlight for more than two years for pleading guilty to illegal gambling charges, Tak Jae-hoon is making a comeback.

Music channel Mnet said Tak will be one of the two hosts for the upcoming reality show “The God of Music Season 2.”

“The other host, Lee Sang-min, tried to invite Tak as his partner in 2012 when he was the host for the previous season but it did not work,” said an Mnet staff member, adding, “the two have history together as Country Kko Kko [a K-pop group from the 2000s], so we are looking forward to the duo’s reunion.”

The show will first air online in mid-March while its broadcast schedule has yet to be announced.

Tak was charged with illegally gambling 280 million won ($228,000) on foreign professional soccer games. The former singer was sentenced to six months in prison with one year of probation.