From the big screen to fashion magazines

From the big screen to fashion magazines 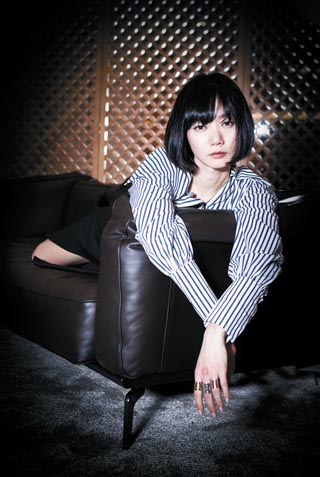 “The more expensive it is, the more likely it will sell.” As ironic as this sentence may be, it is an on-point description of the luxury market in Korea.

Purses from the French luxury brand Louis Vuitton have been so ubiquitous in Korea that they earned the nickname of “bags seen every 3 seconds.” A scathing moniker, yet a fitting one for the ostentatious nature of Korean consumers. For such a small country, spending on the luxuries is so high that it constantly draws the attention of renowned luxury brands.

While it previously played only the role of consumer, the Korean luxury market has begun contributing in an unconventional way. Louis Vuitton confessed to having gotten inspiration from outfits shown in Korean films and selected actress Bae Doo-na as their spokesmodel for the global marketing campaign.

The 36-year-old actress now holds the title of Louis Vuitton ambassador, and is the first Korean to be the face of a global marketing campaign by the world-renowned luxury brand.

From left to right: Bae wears a zip-up sweatshirt in the movie “The Host” (2006); the “Zip-Up Training One-Piece” was designed by Nicola Ghesquiere, who was inspired by Bae’s character; and Bae models for Louis Vuitton’s global campaign “Series 4.” [JOONGANG ILBO]

In its 2014 fall and winter collection, the brand unveiled many sweats, which resembled the outfits Bae wore in “The Host” (2006). Nicolas Ghesquiere, Louis Vuitton’s artistic director for women’s collections, saie he was mesmerized by the mystical nature of his “muse.” He confessed to always having had her image in his head while designing the collection.

The artist loved the way Bae was able to transform herself into just about anything, from an archer (in “The Host”) to an inflatable doll (in 2009’s “Air Doll”).

“I always had my own taste for the movies,” Bae recalled, adding that she “applied that taste when choosing what movies to be part of. My choice of work was not about which movie would satisfy the most people or draw the most viewers.”

The Joongang Ilbo met the inspirational actress at the Louis Vuitton store in Cheongdam-dong, southern Seoul.

Q. How did you feel about becoming the face of Louis Vuitton?

A. It is a great honor to be the face of a brand with a history as long as Louis Vuitton’s. I was very happy to have worked with Ghesquiere, whose work I always have admired, and the world-class photographer Juergen Teller.

How did you and Ghesquiere get to know each other?

I was invited when he held his first annual fashion show for Louis Vuitton two years ago. I recall exchanging awkward hellos then. But he invited me to every exhibition after that and we got better.

How did you learn English, by the way?

I try to read English books. Small talk gives me a much harder time than when having business discussions.

What is it like to be somebody’s “muse,” as Ghesquiere put it?

It is definitely exhilarating. Being a muse is sharing feelings and inspirations. It is about cultivating a relationship between the creator and the muse and becoming essentially friends with each other.

Friends - is that what you two are to each other?

I think we qualify. We watch movies and have dinner in Paris. While we don’t talk much business, we do talk about our personal troubles. Spending time with him and his friends on a Spanish island let me get to know about his friends, Pierre Hardy [shoe designer] and Julien Dossena [Paco Rabanne designer] as well.

What made you two hit it off?

We see a lot of similarities in each other. I was surprised to hear Nicola had watched “The Host” over five times. Obviously, I like his work as well, and neither of us are gregarious people. Our similarities actually exist in the smallest things, so I am not really sure if it’s appropriate to say we are the biggest sources of inspiration (chuckles).

Some of his works are reminiscent of you?

Well, Nicola did say once that he wanted to design sweats like the ones I was wearing in “The Host.”

Korea may have ascended to fashion inspiration, thanks to you. Do you think it has?

Requirements on actresses have changed as more emphasis is put on their performances. In your estimation, has the standard of beauty changed as well?

Impactful and strong actresses really shine. By strong I mean able to open themselves up to the public. Good acting can cover up some of the deficiencies and eventually make a person more beautiful, and I believe that is beauty in its natural state. That is one of the biggest draws I felt from Nicola’s exhibitions. He has his models be who they are with virtually naked faces and minimizes artificial elements. It’s sexy.

How was working with Jurgen Teller, the photographer?

He always wanted to capture spontaneous and fortuitous moments. He never asked me for particular poses or gestures. He would just capture me waiting or just doing nothing. We did share as if he had me pictured already within his head.

Lots of activities in different countries are planned ahead for you. How are you handling them?

I have never dreamed of working overseas, but I have never had a fear of it either. When I auditioned for the Wachowskis’ “Cloud Atlas” (2012), my English was so poor I could hardly even bear it.

But believing it was more about the attitude and my character, I did it and made it. I’ll be spending half a year traveling in eight different countries to finish the shooting for [the U.S. drama series] “Sense8.” I do hope I can have shootings in Korea for the remainder of the year.