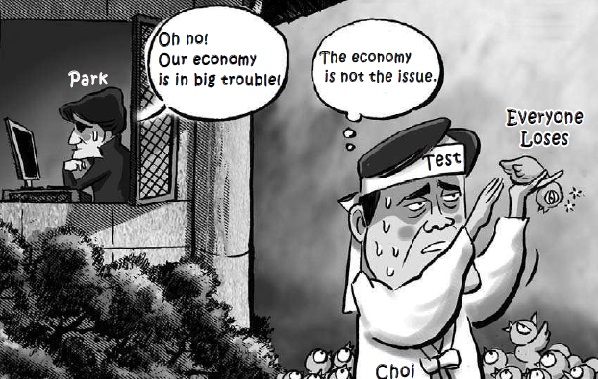 Choi Kyung-hwan, leader of the pro-Park Geun-hye group in the ruling Saenuri Party, is embarrassed to see the results of a popularity survey on the party’s candidates running in Daegu, President Park’s birthplace, and North Gyeongsang - both the home turf of conservatism in Korea - for the April 13 general election. The survey shows all candidates allegedly supported by President Park losing in the party’s nomination race.