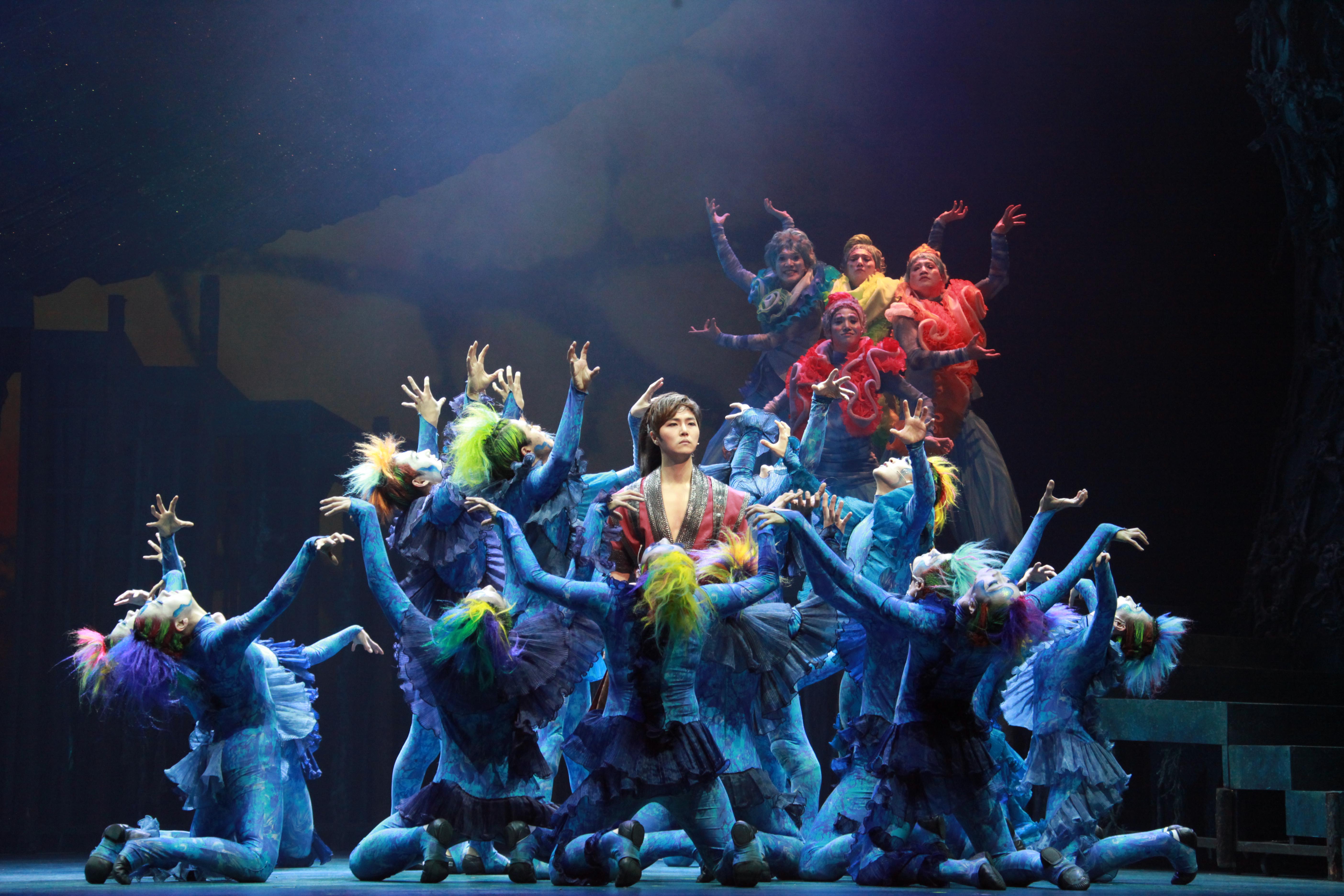 To March 13: While opera fans would be familiar with the “Turandot” composed by Giacomo Puccini, this performance is in fact a Korean-made musical with the same title. The show is coming to Seoul after previous success in Daegu, Gyeongsang and China, starring musical actresses Park So-yeon and Lisa and singer Ali alternating as Turandot. Unlike the opera, which takes place in China, the musical is set in an underwater palace.

To Sunday: After five years of preproduction, the Korean version of “The Orchestra Pit” is finally hitting the stage. This meta-comedy sketch, which originally debuted in Japan in 2000, provides a behind the scenes look at the lives of musicians in a pit orchestra. The production features several prominent silver screen actors, including Hwang Jung-min, who most recently starred in the megahit films “Veteran” and “The Himalayas”, as the conductor.

Wednesday to Jun. 4: The Korean production of this megahit musical is returning to the Charlotte Theater. Sophie is about to get married and wants her father to give her away, but the problem is she doesn’t know her father.

March 11 to April 24: First staged here in 2012 with the title “Mozart Opera Rock,” the original French version is now coming to Korea for the first time. Directors Albert Cohen and Dove Attia are famous for their productions of hit musicals “The Ten Commandments,” “Le Roi Soleil” and others.

The musical is about the musical talent, life and death of Wolfgang Amadeus Mozart (1756-91). It is a grand-scale musical that redesigns 18th-century Rococo style. The arrangements combine classical and rock music and have gained tremendous popularity in Europe, ranking high on French music charts.

May 21-22: The first lineup for this annual music festival was revealed earlier this month. Festival-goers can enjoy music from various artists including Lee Seung-hwan, Crying Nut, Coffee Boy and many more to come.

The festival started in 2010 with the idea that people can share their ideas for making world a better place; it is also known for using environmentally friendly strategies and inviting lesser-known artists to the stage.