‘The Heirs’ film on the way in China

‘The Heirs’ film on the way in China 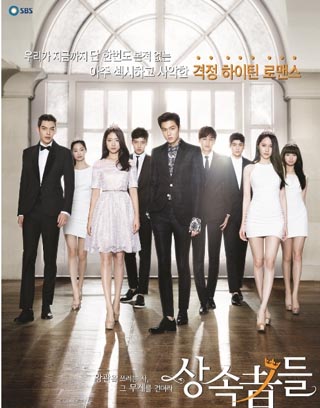 The popular SBS drama “The Heirs” (2013) will be remade into a film in China.

The agency of Kim Eun-sook, who wrote the drama, said she is working with Happy Era Media International, a media content producer, to bring the drama to the big screen in China.

After the film passed censorship requirements in January, producers are planning to release the movie at the end of this year.

The head of Kim’s agency explained the timing of the announcement, so far ahead of the film’s release: “Too many bootlegs of the original version are masquerading as the official remake of ‘The Heirs.’ We could not tolerate misinformation spreading and therefore letting the wrong people unfairly benefit from it.”

The Chinese version of the drama will keep the original plot but while the original version was set at a high school, the remake will be set at a college campus.