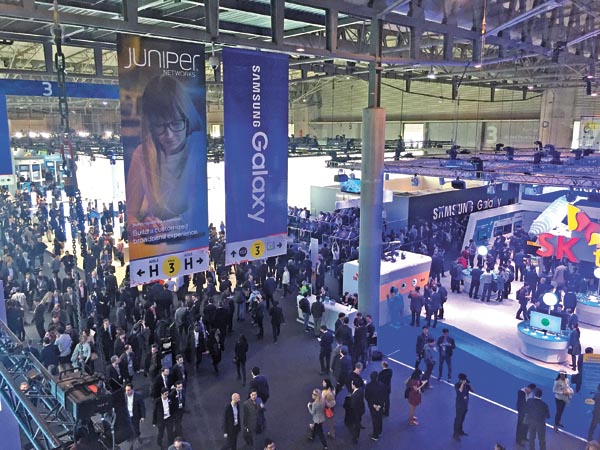 BARCELONA, Spain - The Mobile World Congress (MWC) has traditionally been more about striking deals than simply showcasing and trying out the latest gadgets.

Unlike the Consumer Electronics Show in Las Vegas, more abstract and intangible concepts used to be presented by participating companies at Europe’s biggest mobile show.

This year, however, Hall 3 at the MWC venue - where major tech players ranging from Korea’s Samsung Electronics and SK Telecom to Huawei, Microsoft, Sony, Nokia, Qualcomm, Intel and ZTE have booths - was turned into a giant playground for virtual reality (VR) devices. 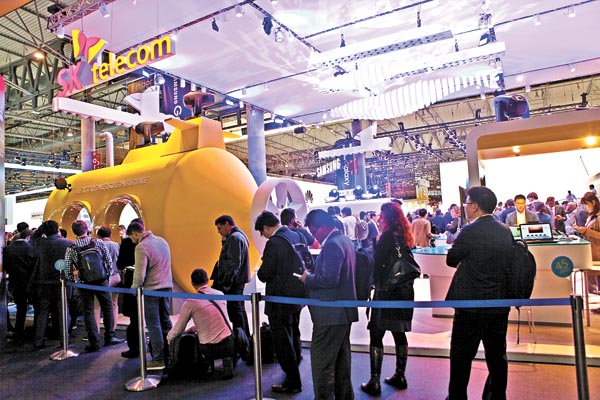 As well as smartphone producers, other device and solution providers were equipped with VR zones, where crowds wearing VR headsets from varying manufacturers were being wowed by the scene unfolding in front of them.

Various tech companies’ focus on VR and augmented reality this year comes from the fact that it gives telecom operators, the traditional centerpiece of the MWC, an insight into future bandwidth demands.

“The core of the event is to bring leaders from the mobile industry and adjacent industries together,” Michael O’Hara, chief marketing officer of the GSMA, the WMC organizer and association of mobile operators and related companies. “Mobile is impacting everything in our lives, covering the likes of media, Internet of Things, security and identity and MWC is expanding to cover every aspect of mobile.” 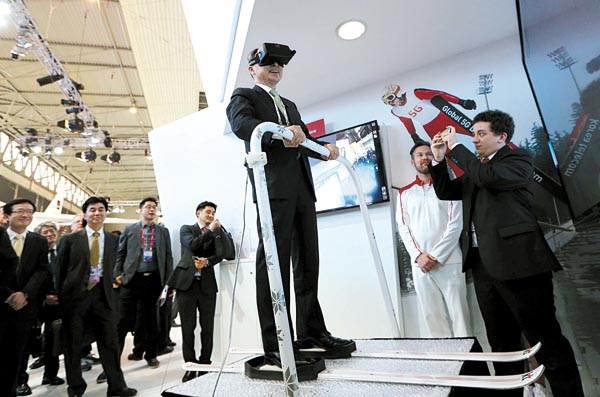 The growing popularity of VR content among ordinary consumers will be a boon to mobile carriers. Transmission of the massive amount of data requires a bullet-fast network and rising consumer demand for it will push the evolution of connectivity.

The four-day annual show, which celebrates its 30th anniversary this year, began on Monday and the organizer anticipates this year will eclipse the record 94,000 visitors seen last year.

The following are some of the things happening at the MWC that kicked off on Monday. 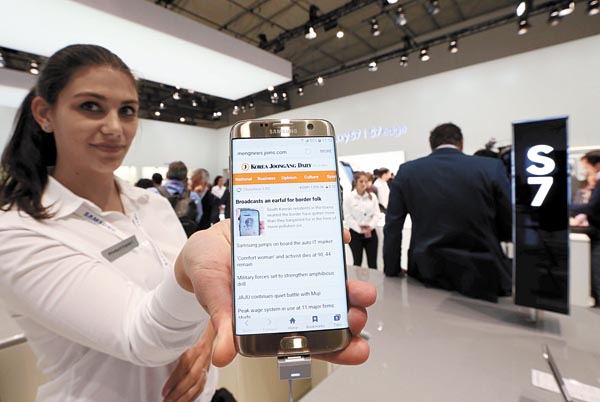 Both Samsung Electronics and LG Electronics went big on virtual reality (VR) devices and 360-degree videos VR on Sunday, a day before the MWC officially kicked off. And a few other participating companies that have installed booths at the show also boasted their technological edge with the VR.

Taiwanese smartphone producer HTC announced on Monday the prices of its virtual reality headset bundle, which includes a headset and two controllers. Known as “Vive,” it will hit market shelves this April for $799, $200 more than the rival Oculus Rift VR headset. HTC unveiled the device exactly a year ago at the MWC and the pricing plan came out a year later. 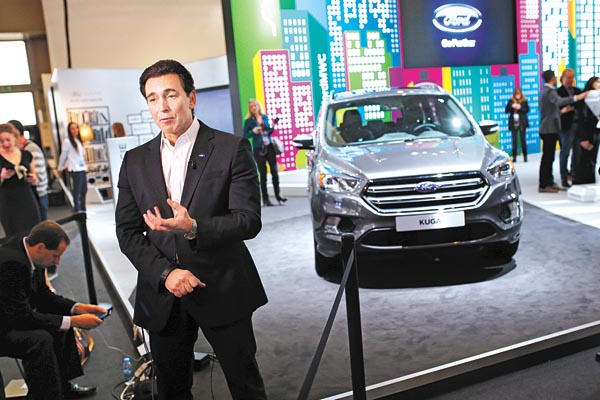 Nokia Technologies, the retro phone company, showed off its Ozo virtual reality camera it debuted last November in what it described as “the first in a planned portfolio of digital media solutions.” The $60,000 camera, equipped with eight lenses across the ball-shaped surface, was among the first of what is seen to become a crowded field of 360-degree video device. It will mostly cater to filmmakers and television reporters who wish to film every angle of an event without any blind spots.

Just a day after unveiling its next-generation Galaxy S7 flagship smartphones, Samsung Electronics showcased its Samsung Connect Auto dongle, which plugs into a car’s OBD II diagnostic port located under the steering wheel and enables drivers to monitor their vehicle’s performance and locate it. It is the first device the tech giant debuted as part of its re-entry into the automobile sector, a plan it announced last December. The dongle brings LTE Internet connectivity while serving as a Wi-Fi hotspot for the mobile devices passengers travel with. The biggest upshot of the Samsung Connect Auto is its compatibility with cars as old as 20 years.

Ford unveiled its new Kuga SUV equipped with connected communications and infotainment system and came up with plans to develop and launch autonomous driving systems and improved in-car connectivity at the show. It’s an indication the American carmaker seeks to excel in the market increasingly challenged by Apple and Google. Ford’s participation at the MWC shows how important connectivity has become to the auto industry.

“As we look to the future, it is clear we are on the cusp of a revolution in mobility - from car sharing to autonomous driving to the customer experience,” said Ford CEO Mark Fields, in a keynote speech on Monday. “Technology and innovation provide us with the opportunity to address these trends and to make people’s lives better by changing the way the world moves.”

A lot of the chatter at MWC has centered around 5G connectivity in the past few years. It refers to the next generation of mobile Internet that will power not only smartphones but also anything connected to the Internet, widely dubbed “Internet of Things” (IOT). The 5G is able to offer transmission speeds 80 times faster than the advanced long-term evolution connectivity currently available.

That is the reason mobile services are pushing forward with 5G with the goal of having it arrive in 2020. There is no global standard for the technology yet and major mobile carriers from around the world are discussing measures to set it up. Korea’s SK Telecom and KT, Verizon of the United States and NTT Docomo of Japan jointly announced on Monday they have formed an alliance named “5G Open Trial Specification Alliance” and launched discussion on trial 5G services and earlier-than-scheduled commercialization of the technology.

In addition to mobile operators, network equipment makers as well as semiconductor developers are trying to jump into the next-generation connectivity.

“It is important for Samsung to take a realistic path towards the 5G world by securing seamless mobility which will enable people to enjoy immersive experiences such as virtual reality broadcasting services and hologram calls using 5G infrastructures,” said Kim Young-ky, president of network business at Samsung Electronics.

SK Telecom also demonstrated live 20.5 Gbps transmission speed over the air with Nokia, which the top Korean mobile operator describes as a meaningful achievement as it meets the performance requirement of the 5G, set by the International Telecommunication Union (ITU). The announcement came four months after the two companies succeeded in reaching 19.1 Gbps transmission speeds over the air.

But participants in the MWC this year seem less passionate about the 5G than last, according to analysts.? Mark Giles, lead analyst at GSMA Intelligence, said, “The hype and ambitious announcements still seem premature.”