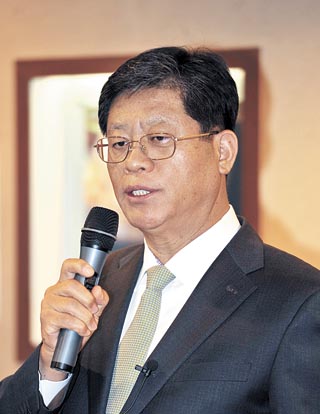 The Korea Trade-Investment Promotion Agency (Kotra) named China, Iran, Brazil and Vietnam as the four strategic markets that can rescue Korean exports, and will focus on connecting local manufacturers with buyers in the nations for the first half of this year.

Kotra CEO Kim Jae-hong vowed the agency’s trade assistance offices in those countries will help with the initiatives at a press conference held on Wednesday in central Seoul.

The four markets were named because of recently established free-trade agreements (FTA), relieved sanctions or other factors that include special events like the 2016 Summer Olympics.

China, the nation’s biggest export partner, still remains an important target market for trade despite concerns about its slowing economic growth. With aid from the recently signed FTA with the country, Kotra will hold export consulting sessions through all of its 17 trade offices in China, mainly during the first half of this year.

For Iran, which grew to be an attractive new market for Korea after sanctions were lifted, Kotra will hold a business forum and publish guides about how to enter the country, also during the first half of the year.

Brazil was included mainly because of the upcoming Olympics to be held in Rio de Janeiro. The agency will host exhibitions that feature Hallyu, or the Korean Wave, to make new opportunities for trade around the event. Vietnam stepped up as the third biggest export market last year and the agency will aid Korean companies to take advantage of the second year of the FTA with the country.

To effectively penetrate these markets, Kotra emphasized the role of the nation’s small and midsize companies, which it hopes to expand and offer new chances to export their goods and services.

In line with the government’s proposal of its plans to assist some 5,000 small and midsize enterprises with low or zero export revenue, Kotra announced it will match companies beginning to export with expert advisers for strategic consulting. Over 100 experts have been newly arranged or hired.

While Korean economy is highly dependent on sales from exports, the trembling global economy has closed the pockets of major trade partners, causing a steep decline in exports to all continents except Europe in January compared to last year, according to Kotra.