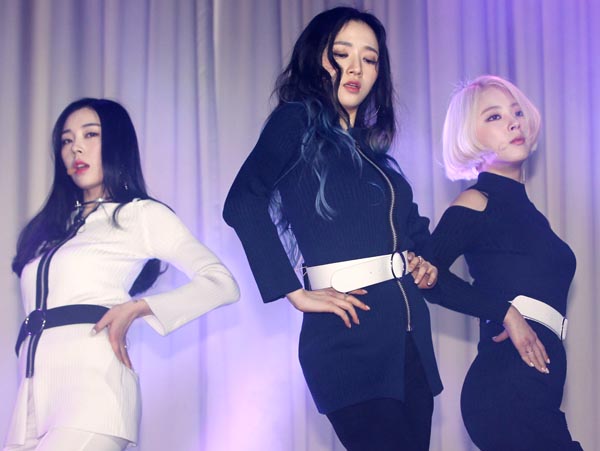 It has been almost a year and a half since K-pop girl group Ladies’ Code lost two of their members in a car accident. Yesterday, the group finally announced they are back.

The three-member group unveiled their new album, “MYST3RY,” at a showcase at the Riverside Hotel in southern Seoul on Wednesday.

Ladies’ Code suffered the devastating loss of two of their members, RiSe and EunB, in a car accident in September 2014. The group has not appeared on TV ever since, except for the memorial concert held last August.

The three members described how their fans’ support helped them get through hard times.

“When we were all lost, fans showed us their support,” Ashley, the leader of the group, said. “It obviously helped us come to grips and eventually make this comeback possible,”

Unlike the K-pop act’s previous upbeat songs, the title song of the new album, “Galaxy,” has a relatively gloomy tone, portraying their feelings after the tragic loss.

“We never considered recruiting replacements,” Zuny said with tears in her eyes. “The three of us will try our best to make up for their absence.”