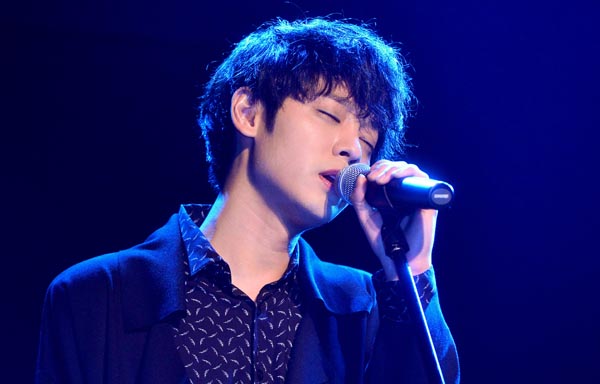 The rock star, who just turned 27, is widely known as an entertainer as well as a singer, thanks to his frequent appearances on entertainment programs, most notably “Two Days, One Night.”

This album marks Jung’s return to the music scene after a year and eight months since his previous mini-album, “Teenager.”

“Sympathy” features the singer Seo Young-eun, who has recorded many famous songs of her own.

The teaser for the music video of “Sympathy” was released in advance, generating much attention. The video was directed by Hong Won-ki of the music video production company Zanybros. Hong made his name working with top K-pop stars like Girls’ Generation, AOA and many others.

Jung is slated to take the stage on Mnet’s “M Countdown” today.