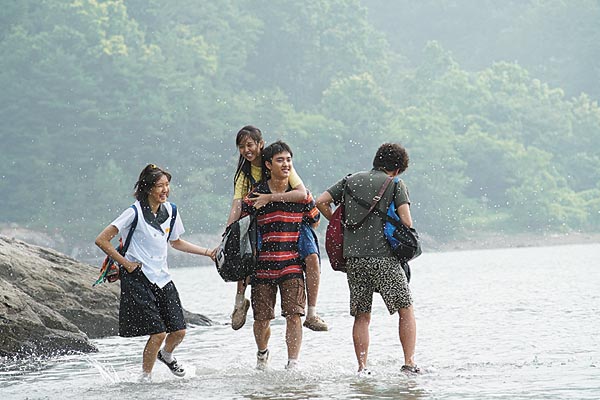 If you heard news about your first love after a long time, how would you feel?

This movie tells the story of an innocent boy and a girl who fall in love in the early 1990s.

23 years later, a radio DJ gets a letter from his first love that brings up almost forgotten memories of the past.

In 1991 young and innocent boy Beom-sil, played by Do Kyung-soo, has an exhilarating time. He has fallen in love with Su-ok, played by Kim So-hyun.

The summer nights spent with five friends and the voice of Su-ok heard through the walls of her house make every moment special for Beom-sil. The beautiful scenery of Goheung County in South Jeolla heightens the nostalgic mood even more.

The film is reminiscent of a past accompanied by pure passion, friendship and love.

For this project, Do, also known as D.O., a member of the K-pop boy group Exo, is taking a step foreward as an actor, playing the lead role in a movie. Starting with the drama “It’s Okay, That’s Love” (2014), he has been developing his acting career ever since. As a consequence, he has been critically acclaimed for his delicate expression of characters’ emotions. 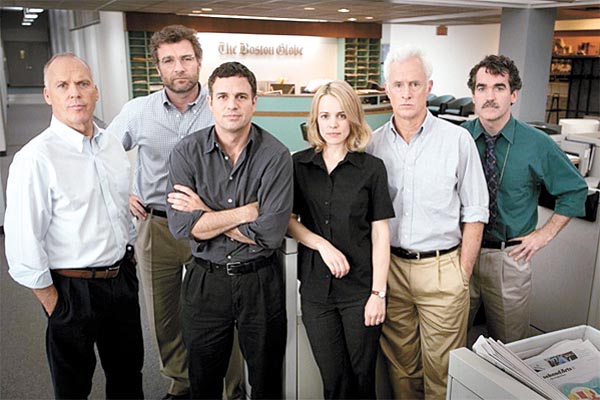 The deeper you go down the road to the truth, the harder it is to reveal the whole story.

However, the truth must be told.

The movie is based on the real story of a reporter team called ‘Spotlight’ at The Boston Globe, one of the top three daily newspapers in the United States. The team launches an investigation about cases of child sex abuse by Roman Catholic priests in Boston, resulting eventually in winning the 2003 Pulitzer Prize for Public Service.

In 2001, the team, under the new editor Live Schreiber playing Marty Baron, finds the truth hidden behind the sexual abuse of children. As it is revealed slowly, the shock in the Boston area snowballs.

The movie showcases how the journalists track the truth to reveal a tragic secret to the public. It highlights the professional spirit and the teamwork of the Spotlight group.

The message of the film prompts one to think about power and the importance of journalism.

Do not expect the same kind of hero you’ve seen on screens over the past few years - this is a new type of hero.

The movie, based on the Marvel Comics character of the same name, centers on a hero who lacks a sense of responsibility and justice, but who is full of humor and freewheeling.

Wade Wilson, played by Ryan Reynolds, is a mercenary who gets involved in a secret experiment to treat his cancer. But after the experiment his life is nearly destroyed.

Although Wilson has gained the super power of healing and becomes an expert in fighting, his face has become grotesque. Now, under the name Deadpool, he pursues his enemy, Ajax, played by Ed Skrein.

“Deadpool” has been generating buzz since the release of its trailer. However, the production faced many barriers and was even close to being abandoned.

The movie was put on hold for 11 years. One reason was that the unusual hero is so dramatically different from other beloved superheroes. 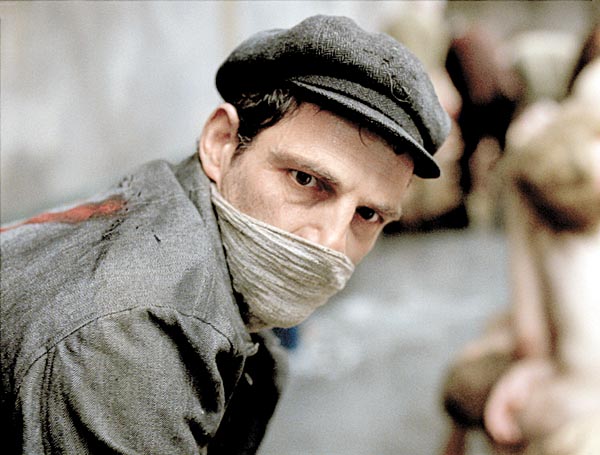 Saul Auslander played by Geza Rohrig is a Hungarian member of the Sonderkommando at the Auschwitz concentration camp during World War II. Sonderkommando was a work unit consisting of prisoners, mainly Jews, whose main duty was to dispose of corpses.

One day, Auslander finds a young boy that is alleged to be his son among the corpses. He wants to bury him according to the Jewish traditional way of burial, meaning he has to bury the boy within 24 hours.

The movie won the Grand Prix at the 2015 Cannes International Film Festival. It is quite exceptional for a newbie director to win such a prize for his or her first work. Also, it became the first Hungarian movie to win the Golden Globe for Best Foreign Language Movie.

Director Laszlo Nemes unintentionally found a book called “The Scrolls of Auschwitz,” which contained stories based on the testimonies of Sonderkommandos. After reading it, he decided to turn it into a movie.

Nemes wanted people to remember the real story of the holocaust rather than a mere abstract concept.

The movie differs from other original holocaust movies. The camera lens only portrays Auslander, to limit the view of spectators. Thus, it does not allow emotions to interfere with the story.

Also interesting is, that the shooting only took 28 days. For less than a month, all the cast and crew were competely immersed in filming.


Hence, the director created an unprecedented movie not focused on a deadly place but rather on a human and humanity itself. 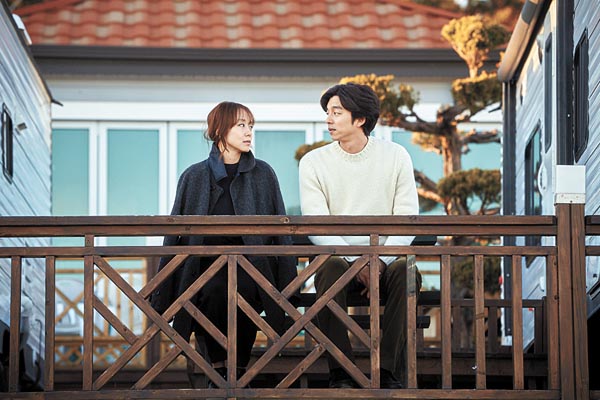 This movie is a love story of a man and a woman, but the process of their evolving love is something unique.

These days, it is difficult to find movies that center on love itself. Thus, movie is all the more welcome.

In addition, it stars Jeon Do-yeon in the role of Sang-min and Gong Yoo as Ki-hong. Moviegoers are excited to see the romance between the two as it is the first time the two are appearing together on the same screen.

Sang-min and Ki-hong meet in a foreign land, Finland, where their fantasy tale begins. They meet in a forest by accident and fall in love. But the man leaves without providing any information. Will they ever meet again?

Love is the most essential emotion of a persons life. From the moment of falling in love, other aspects of life become trivial by comparison.

Even though the two have their own families and spouses, they are experiencing a special moment of love with each other.

Moviegoers will follow the changing emotions of the protagonists through the subtle changes in their facial expressions and eyes.

However, with the hype surrounding it, the movie is expected to win big at the box office.

Classic movies are returning to theaters for moviegoers to enjoy, and “The Shawshank Redemption” is one of them. The first release of this hit movie was in 1994.

For more than 20 years, it has been well-loved even by people who are not big fans of this sort of movies.

The movie is especially remembered for the famous line, “Fear can hold you prisoner. Hope can set you free.”

Andy Dufresne, played by Tim Robbins, has been convicted of murdering his wife and her lover, thus sentenced to life in prison. He is brought to the Shawshank State Penitentiary. From then on he tries to prove his innocence and at the same time adjust to the prison life. Dufresne gets close to Red, played by Morgan Freeman, who later helps him to get a hammer which he later uses to escape from prison.

The freedom that Dufresne aspires for and his will to live can touch the heart of the viewers. One scene, in which he stands in the middle of the rain is particularly emotional.

The movie is based on the novella “Rita Hayworth and Shawshank Redemption,” written by Stephen King in 1982. Its delicate portrayal of the characters’ emotions are well captured in the movie. The script was written by director Frank Darabont, who was praised for it by actors and critics.

Don’t miss the chance to enjoy this classic once again.