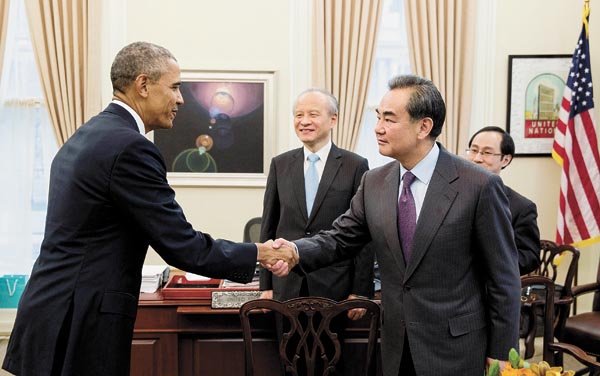 The strongest-ever United Nations sanctions proposed by the United States against North Korea would put a sectoral ban on the export of mineral resources and require mandatory inspection of all cargo leaving and entering North Korea, cutting major sources of hard currency to Pyongyang.

The United States on Thursday proposed a draft to a UN resolution that would dramatically tighten sanctions on North Korea following its recent nuclear test and long-range missile launch.

A day after Beijing and Washington reached an agreement on a draft resolution, both sides agreed not to accept North Korea as a nuclear-armed state.

“It would be the strongest set of sanctions imposed by the Security Council in more than two decades,” U.S. Ambassador to the United Nations Samantha Power told reporters before heading to a closed-door meeting of all 15 council members.

“It is a major upgrade, and there will be - provided it goes forward - pressure on more points, tougher, more comprehensive, more sectors. It’s breaking new ground in a whole host of ways.”

The proposed package of sanctions is stronger than oil and financial sanctions imposed on Iran, which were lifted after a deal to terminate Iran’s nuclear development program was reached last year.

The sectoral ban would prohibit the export of coal, iron gold titanium and rare earth minerals by North Korea. Several others are unprecedented.

“For the first time in history, all cargo going in and out of the DPRK [Democratic People’s Republic of Korea] would be subjected to mandatory inspection. For the first time, all small arms and other conventional weapons would be prohibited from being sold to the DPRK,” Power said.

It specifically targets the ruling elite, not the North Korean people.

According to several reports, 17 North Korean individuals and 12 entities will be blacklisted. Those include the state’s General Reconnaissance Bureau, which is involved in espionage activities; the Ministry of Atomic Energy Industry, which is involved in nuclear development; and the National Aerospace Development Administration, which oversees missile launches.

The North will additionally be banned from importing a long list of luxury items, such as watches, recreational vehicles and lead crystal.

The Security Council is expected to vote on the draft over the weekend or on Monday at the latest.

“We believe that sanctions are not the fundamental purpose,” Hong said during a press briefing. “What is imperative, at this moment, is to bring all parties to the negotiating table.”

South Korean government sources said the resolution was stronger than Seoul’s proposal and that they expected major sources of hard currency flowing into North Korea to be cut to affect its normal financial activities.

“The South Korean government strongly pushed to put the General Reconnaissance Bureau on the blacklist while the United States and China were discussing the UN resolution draft,” a government source said. “We believe putting sanctions on the bureau is the same as cutting the Achilles’ heel of North Korean leader Kim Jong-un.”

The source added that a ban on aviation fuel was South Korea’s idea that Washington had agreed to it.

They also expect the sectoral ban on mineral resources to have a significant impact on North Korea’s income. Those comprise about 40 percent of the impoverished state’s exports, mostly to its ally China.

A spokesman at the Ministry of Unification said it would significantly damage Pyongyang’s foreign currency earnings.

“Iran abandoned its nuclear weapons program and came to the table for negotiations, as secondary boycott sanctions and embargoes on oil and natural gas pushed it into a corner,” another government source said. “The sanctions against North Korea also introduced those points.”

According to the Information System for Resources of North Korea, which compiles economic data on the Communist state, Pyongyang has exported a total of $2.5 billion worth of mineral resources to China last year, while importing $3 billion.

The success of the newest round of sanctions hinges on China, however, which accounts for 90 percent of North Korea’s trade volume. According to the Korea Trade-Investment Promotion Agency, the North’s total trade volume in 2014 stood at $7.61 billion, exports at $3.16 billion and imports at $4.45 billion.

“China agreed to an embargo on mineral resources even though they risk damaging Chinese business,” a government source said. “It was the same in shutting down the Kaesong Industrial Complex, so to speak.”

On Feb. 10, South Korea shut down the jointly run industrial complex after it determined that the money flowing into Pyongyang was being diverted to develop nuclear weapons and intercontinental ballistic missiles.

While North Korea has not officially responded to the new draft of the UN resolution, a North Korean media outlet admitted for the first time that the rocket it launched on Feb. 7, the Kwangmyongsong, was in fact a “long-range missile.”

The bellicose state asserted on Feb. 2 that it planned to launch a long-range rocket in order to send a satellite into orbit, which the United States and allied nations contended was a cover for developing an intercontinental ballistic missile capable of carrying a nuclear warhead.

A month before, North Korea conducted its fourth nuclear test on Jan. 6, which it claimed was the successful detonation of a hydrogen bomb.