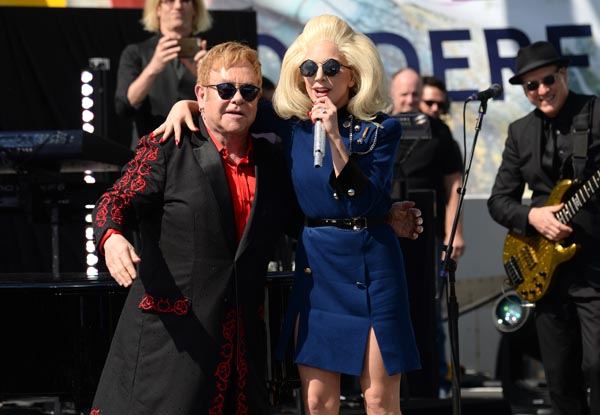 But on Saturday, he created a new connection with a surprise concert in West Hollywood featuring Oscar nominee Lady Gaga, who is set to perform during Sunday’s Oscar show.

The singer shut down several blocks of the Sunset Strip for the hour-long show.

The two singers performed John’s 1974 hit “Don’t Let the Sun Go Down on Me’’ together, with John dedicating the concert to the city of West Hollywood for its support of the Elton John AIDS Foundation.

Lady Gaga’s “Till It Happens to You’’ is nominated for best original song.