Yoko One is hospitalized for case of the flu

Yoko One is hospitalized for case of the flu 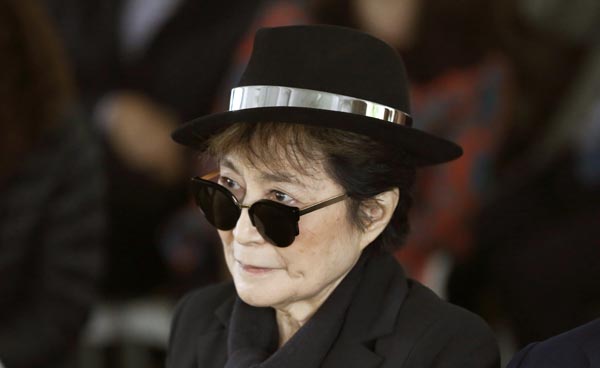 NEW YORK - Yoko Ono’s representative says the 83-year-old artist-singer has been released from a New York City hospital after being treated for the flu.

Elliott Mintz spoke to The Associated Press on Saturday. He said earlier that Ono went to the hospital Friday night on the advice of her doctor after having flu-like symptoms.

Sean Ono Lennon said on Twitter Saturday that his mother was “running about as usual’’ after getting home. He says he may now go get a flu shot.

Yoko Ono is the widow of John Lennon of the Beatles. She was treated at Mount Sinai West Hospital in Manhattan.