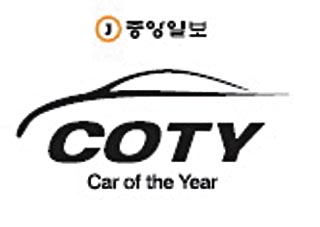 The EQ900, Hyundai Motor’s top-of-the-line model for its new Genesis luxury brand, was named 2016 Car of the Year (COTY) in a competition organized by the JoongAng Ilbo, the organizing committee said Sunday.

The car, which was rolled out on the local market in mid-December, competed with the new BMW 7 Series, the German automaker’s flagship sedan that also came onto the market last year with a number of new technologies. The EQ900 triumphed after three rounds of screenings between January 29 and February 23 involving 15 judges, including car journalists and former auto company executives.

“The EQ900 is like a masculine swimmer who has both power and fluidity,” said Yu Ji-soo, President of Kookmin University and head of the judging panel. “It was neck-and-neck with BMW’s new 7 Series sedan until the very last moment, but features of great practical use to drivers including the highway driving assist system appealed greatly to judges.”

The EQ900 is a major part of Hyundai’s strategy of improving its brand value and profit structure in the global market, in which competition was getting tougher every year. The automaker was heavily relying on small cars such as the Elantra and SUVs like the Tucson. By successfully launching the Genesis brand, the company is expected to provide a line up that can take compete with rivals such as Mercedes-Benz and BMW.

The organizing committee said the 7 Series lost the winner’s honor by an inch but received high scores for such industry-leading new technologies as a gesture-control for the car’s entertainment system. The 7 Series was named foreign car of the year.

“The new 7 Series gave a peek at the auto industry’s future through features like a body developed with carbon fibers and many new technologies,” said Na Yoon-kwon, a former Ferrari executive. “It was one of the most innovative cars among the 12 finalists.”

Hyundai’s sister company Kia Motors, which won SUV of the Year last year with its Sorento model, won once again with its Sportage model.

The performance of the year category went to Benz’s AMG GT S, which captured the attention of the judges with its explosive 550 horsepower and thrilling exhaust sound during a driving test held on a racing track.

The smart car of the year award went to Mini’s Clubman, which boasts a remote trunk opening feature. Ssanyong Motor’s small SUV Tivoli was named the consumers’ car of the year thanks to a low sticker price starting at 16.06 million won ($12,912).