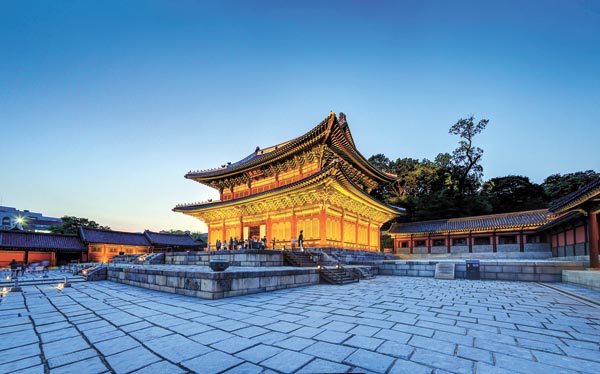 Changdeok Palace will kick off the spring edition of its moonlight tours on March 21, and the competitive ticketing began last Tuesday. Thanks to increasing interest to the tour, the Cultural Heritage Administration said it has increased the number of tour days this year to 61. Designated as a Unesco Cultural Heritage Site, Changdeok Palace is a popular spot to enjoy a moonlight stroll with friends and family, while holding traditional lanterns. The tours, which cost 30,000 won ($24) per person, has been held every spring and fall since 2010. The spring edition will last until June and the fall season will run from August to October. For more information, visit www.cha.go.kr. [CULTURAL HERITAGE ADMINISTRATION]