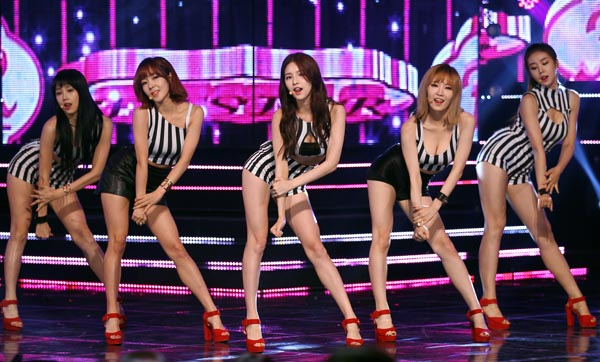 The K-pop girl group Fiestar is set to release a new album, “A Delicate Sense,” the band’s agency Loen Entertainment has announced.

The tracks showcase a more mature outlook for the group’s members and revolve around female emotions.

The band’s latest project has caught more attention than previous records due to prolific television appearances by Cao Lu and Yezi.

Yezi leapt to stardom following a stellar performance on Mnet’s “Unpretty Rapstar 2.” Cao Lu, meanwhile, appeared on the reality show “Real Men” to try her hand at life in the Korean military. The Chinese starlet previously served as a panelist on the MBC talk show “Radio Star.”

The five-member group Fiestar debuted in 2012 to mediocre reception. However, 2015 proved to be a turn-around year for the group, whose individual appearances helped boost the act’s popularity.

“A Delicate Sense” will drop on March 9.