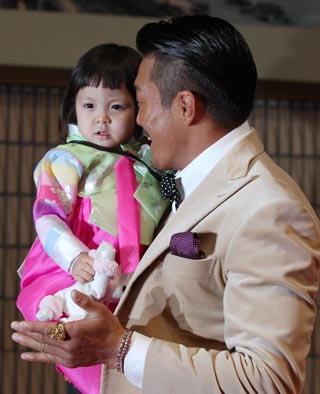 Beloved pair Choo Sung-hoon and his daughter Sa-rang are set to depart the reality TV show “The Return of Superman.”

Their last shoot will be their fan meet, scheduled to take place Wednesday at a restaurant in southern Seoul, according to the show’s management team.

Choo and his wife announced on Sa-rang’s official Facebook page the details of the event, along with an image in which the faces of the Choo family are superimposed on a poster for the film “Kingsman.”

Fans attending the event will enjoy a lunch prepared by the Choo family, and prizes will be available. Choo, an expert martial artist, and his daughter will also issue an official farewell.

The pair have made major contributions to the show, driving its popularity.

Generating many child stars in the process, “The Return of Superman” has lasted for three years.