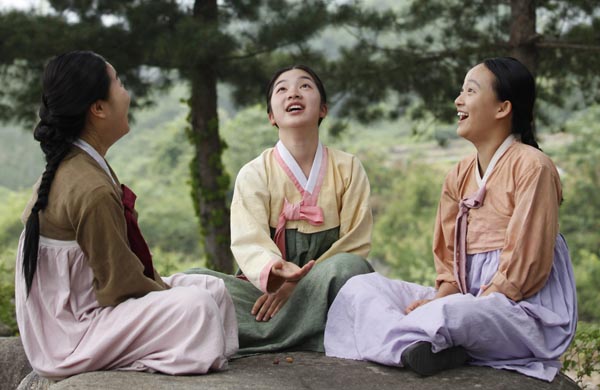 “Spirits’ Homecoming,” a domestic independent movie about two young girls coerced into Japanese military brothels during World War II, topped the weekend box office, despite being a relatively small film tackling what is considered a taboo subject in Korean cinema.

After experiencing an unexpectedly high pre-reservation rate prior to its opening on Wednesday, the film has held on to the No. 1 slot ever since, surpassing the one million admissions mark as of Sunday and pulling in 8 billion won ($6.5 million) at Korean theaters.

“Deadpool” stepped down to second place with an accumulated 2.6 million tickets sold, while “Zootopia” remained in third place with 1.3 million. 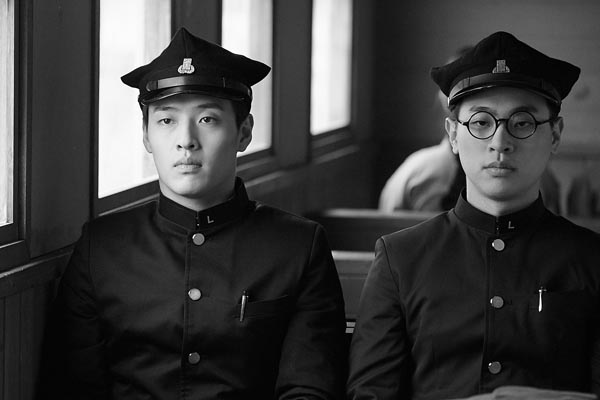 Tackles the issue of the so-called comfort women, topped the box office by selling one million tickets, while “Dongju: The Portrait of a Poet,” right, ranked fourth with more than 600,000 tickets sold. [MEGABOX MPLUS]

The idea of making a film about comfort women was first conceived by indie filmmaker Cho Jung-lae when he was doing volunteer work in 2002 at the House of Sharing, a residence for former comfort women. After seeing a picture drawn by one of the victims showing a group of women being thrown into a fire pit, Cho started writing the screenplay.

However, the film’s politically controversial theme made investors shy, resulting in a 14-year production timeline.

The film was partly financed by donations from some 75,000 people in Korea and abroad, which added up to nearly 1.2 billion won, almost half the production cost of 2.5 billion won.

Due to its better-than-expected performance at the box office, the film expanded its number of screens from 500 to nearly 800 as of Sunday.

Another small film set in the past excelled at the box office.

“Dongju: The Portrait of a Poet,” directed by star filmmaker Lee Joon-ik on a budget of 500 million won, succeeded in selling 600,000 tickets over the weekend, landing in the fourth spot.

Shot in black-and-white to save money, the film is about one of Korea’s most eminent poets, Yun Dong-ju (1917-45), who wrote poetry that resisted Japanese colonial rule.

Since its release on Feb. 17, the film has earned 4.6 billion won in Korean theaters so far.

Insiders believe these two films’ dominance in the box office will continue for a while longer, especially because today marks Samiljeol, which celebrates the day independence fighters declared Korea’s independence from Japanese colonial rule on March 1, 1919.

Director Cho and leading actors of “Spirits’ Homecoming” will appear on seven stages today in theaters around Seoul to show their gratitude to audiences.

“A Man and a Woman,” starring Gong Yoo and Jeon Do-yeon, debuted in seventh place with 76,299 tickets sold, while coming-of-age film “Unforgettable,” starring Doh Kyung-soo from the K-pop boy group Exo, was in eighth place during its opening week with 76,288 tickets sold.