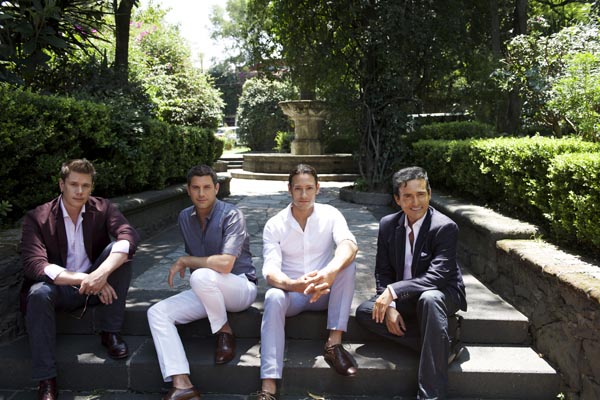 Il Divo, a group globally renowned for their popera music, is coming to Korea in April as a part of their world tour. See MUSIC, left. [GENI CONTENTS]

April 9: Il Divo is coming to Korea as a part of their world tour to celebrate the release of their seventh album, titled “Amor & Pasion.” The famous popera group has been well-loved by audiences across all continents, selling more than 26 million albums since their debut in 2004. The group’s concerts in 2007, 2012 and 2014 in Korea were all sold out, a reflection of the love of Korean fans toward them.

April 14 to 16: Lee Moon-se has been one of the most steadily loved singers in Korea for more than 30 years. His hit songs include “Red Sunset Glow,” “Girl,” “Gwanghwamun Love Song” and many others, and they have often been remade by other artists.

May 1: The world-famous tenor Andrea Bocelli is coming to Korea during his world tour. He is famous for not only his lyrical representation of songs but also for mixing classical and pop music as a first-generation performer of the popera genre.