Dilapidated Dilkusha estate to get a makeover

Dilapidated Dilkusha estate to get a makeover 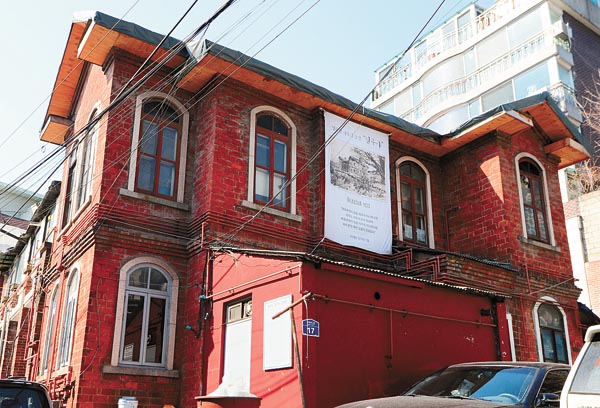 The Dilkusha, a red-brick Western-style home built in 1923 by journalist Albert Taylor, who covered the March 1 Independence Movement in 1919, is scheduled to be renovated by 2019. [NEWSIS]

The house that once belonged to American journalist Albert Taylor, who covered Korea’s March 1 Independence Movement in 1919, is set to be renovated for the first time since it was abandoned more than half a century ago.

The Seoul Metropolitan Government announced Friday that Taylor’s red-brick, two-story house, known as Dilkusha, in Jongno District, central Seoul, will be renovated and open to the public by 2019 in celebration of the centennial of the resistance movement.

In 1923, Taylor and his wife Mary built and named the 624-square-meter (6,716-square-foot) house Dilkusha, which in Hindi roughly translates to “utopia” or “hope palace,” after Dilkusha Kothi, which Mary once visited in Lucknow, India.

Taylor was recruited as a special correspondent by The Associated Press in 1919 to report on King Gojong’s funeral.

He had followed his father to Korea in 1896, taking on the management of gold mines in Unsan, South Pyongan Province, in what is now modern-day North Korea, and Jiksan, South Chungcheong.

He had obtained by chance an advance copy of the declaration on Feb. 28, 1919, at Severance Hospital, where Mary gave birth to their son, Bruce.

Yet despite his contributions to the country’s independence movement, his home at Dilkusha was lost in history after 1942, when the Taylors were expelled from Korea by Japanese authorities during World War II.

The house went to the former representative of now-defunct Liberal Party, Cho Kyung-kyu, who lost the estate in 1963, when he was charged for amassing illicit wealth. Since then, the house has been national property.

Yet, in actuality, the estate was abandoned. It was only in 2006 when Bruce Taylor revisited his childhood home that Dilkusha’s history was made public.

The Cultural Heritage Administration had attempted to register Dilkusha as a state-designated cultural property starting in 2006, but faced difficulties in providing alternative housing for the 23 unauthorized, socially disadvantaged residents living there.

Seoul Metropolitan Government, the Cultural Heritage Administration, Ministry of Strategy and Finance and other stakeholders Friday signed an agreement to cooperate on the renovation process, including assisting with relocation of current residents, and to designate the house as a national cultural property.

Albert Taylor’s granddaughter, singer-songwriter Jennifer Taylor, 46, plans to visit the Seoul Museum of History on March 2 to donate 349 personal items that once belonged to the family, which include Mary’s sketches of the Koreans she knew at the time, newspaper clippings and documents and photos of their residence.