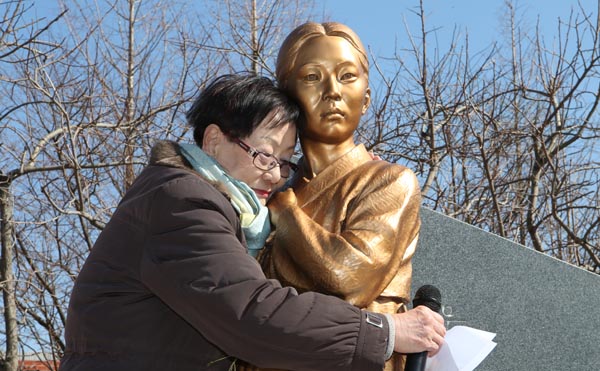 At the Children’s Park in Busan on Tuesday, Kim Moon-sook, chairwoman of the Busan chapter of the Korean Council for the Women Drafted for Military Sexual Slavery by Japan, embraces the statue of a girl symbolizing the Korean women forced into sexual slavery by the Imperial Japanese Army during World War II. The statue was built with 50 million won ($40,500) in citizen donations. [SONG BONG-GEUN]