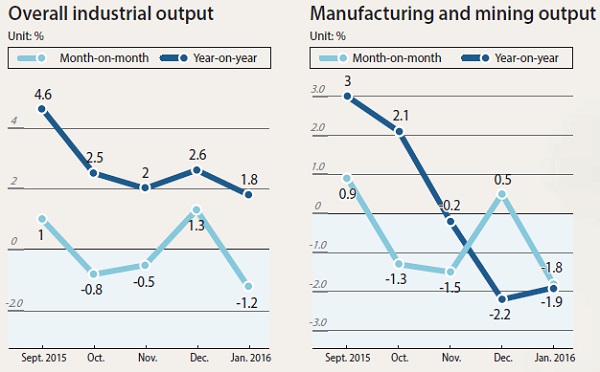 The latest data on industrial output once again indicates the Korean economy, despite the government’s optimism, is rapidly losing steam.

It is becoming clear that exports aren’t the only factor dragging down the economy. Despite the government’s efforts since last year, the domestic market continues to struggle.

According to Statistics Korea on Wednesday, overall industrial output in January grew 1.8 percent compared to the same month last year. This is the slowest growth in nearly half a year, when output grew just 1.3 percent in August 2015.

When compared to the previous month, overall industrial output, which includes the service industry, declined 1.2 percent, which is a turnaround from the 1.3 percent growth posted in December.

The decline was attributable in large part to the manufacturing and mining industries, which saw production fall both year on year and compared with the previous month.

When compared to the same month a year ago, the output of industries fell nearly 2 percent. It is the third consecutive month that manufacturing and mining, which are the largest contributors to the Korean economy, have declined. The industries’ output in January when compared to December fell 1.8 percent.

Output has fallen in large part because of shrinking demand in the global market.

The production of major exports, including semiconductors and automobiles, declined in the first month of this year. Semiconductor production shrank 10.1 percent compared to the previous month, while automobile production fell 3.6 percent. 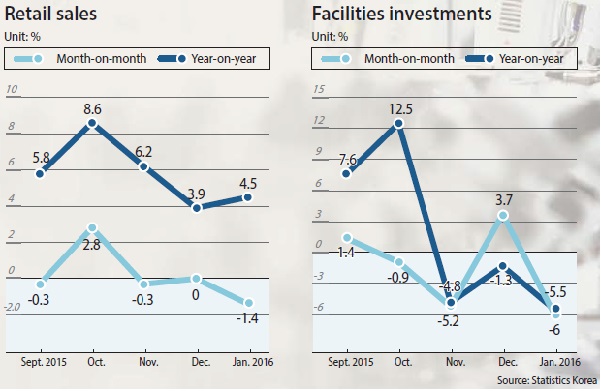 Even sales, which is a major indicator of the domestic economy, have been struggling. Compared to a year ago, retail sales were up 4.5 percent in January. But when compared to December 2015, retail sales actually shrank 1.4 percent, which points to the failure of the government’s measures like the Korea Black Friday discount events to boost consumer spending.

Despite the signals, the government remains optimistic.

“The data for January was disappointing, but it was largely caused by temporary factors like the ending of the individual consumption tax cut,” a Finance Ministry official said.

“We expect manufacturing and mining industry output and retail sales to bounce back in February as the previously sluggish exports have improved [compared to the previous months], while government policies such as the extending of the individual consumption tax will take effect.”

Many are already calling into question the optimism, as the Finance Ministry is continuing to say 3 percent growth by the year’s end is possible. 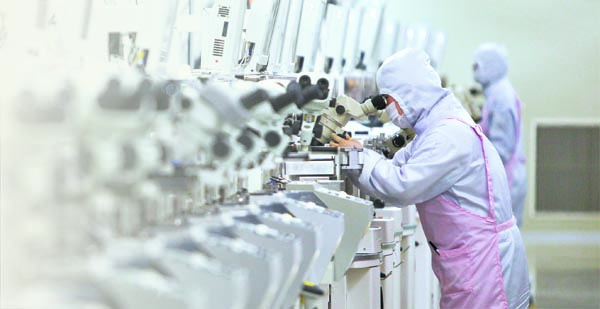 Some market experts say a turnaround of the economy shouldn’t be expected considering how the first quarter is going.

The industrial output data was released the day after the government announced that exports in February continued to suffer a two-digit decline when compared to a year ago, even though this February had more working days than the last.