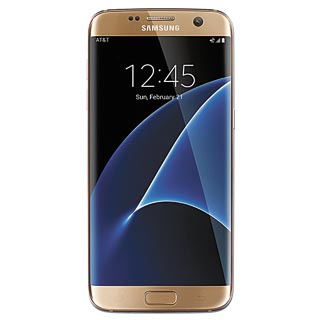 The upcoming Galaxy S7 and S7 Edge smartphones from Samsung Electronics won’t feature Samsung’s logo on the front or the carrier’s logo on the back to improve the phone’s aesthetics, according to multiple sources. The design change will apply only to phones released in Korea, China and Japan.

So far, the world’s No. 1 smartphone producer has typically put the Samsung logo right above the front screen and each carrier’s logo at the back. One exceptional market has been Japan, where Samsung experimented with removing its own logo from the front of the last S6 phones. The logos of both Samsung and carriers were spotted on the S7 models first showcased at the Unpacked event on Feb. 21 in Barcelona, Spain, on the sidelines of the 2016 Mobile World Congress, suggesting the design decision was made at the last minute.

“The Galaxy S7 series is different from its predecessors in that it has accommodated all the demands consumers have made, such as waterproofing, a microSD card slot and beefed-up battery capacity,” a Samsung executive said. “The act of scrapping not only the Samsung logo but also that of carriers - which came after discussion with those business partners - was made in the same vein.”

Fans of Galaxy phones have long asked Samsung to get rid of its logo because of the way it stands out on the phone’s design, and the company’s decision to acquiesce may signal Samsung’s efforts to stay competitive with both Apple and increasingly formidable Chinese players.

Samsung’s archrival Apple, by comparison, features only a symbolic apple on the back of its devices, which many say gives it a much simpler and more refined look.

Samsung plans to hold a media day to unveil the S7 and S7 Edge on March 10, a day before the devices go on sale globally, according to Koh Dong-jin, president of mobile communications, on Wednesday. The S7 Edge he used during the meeting with reporters did not appear to feature the company’s logo on the front.

When asked about the number of countries that will see the latest devices in the first round of release, he answered between 40 and 50 - more than double that seen by the S6.

Both Korea and the United States are among the first countries to receive the devices.