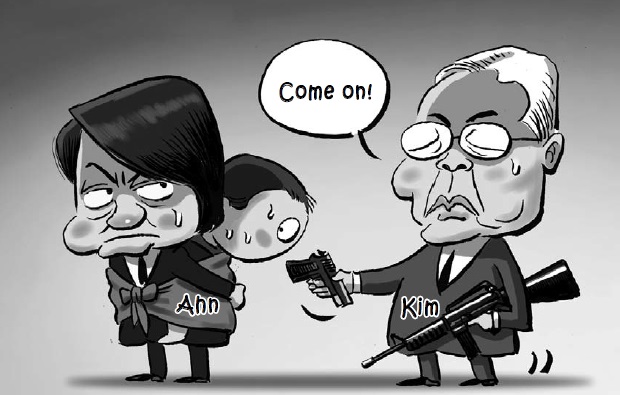 Kim Chong-in, interim leader of the Minjoo Party of Korea, made a bombshell proposal on Wednesday to merge the main opposition party with the one-month-old splinter People’s Party ahead of the April 13 general election. Some in the People’s Party led by Ahn Cheol-soo appear to be considering the proposal - but not Ahn.