A different side to Shim Eun-kyung

A different side to Shim Eun-kyung 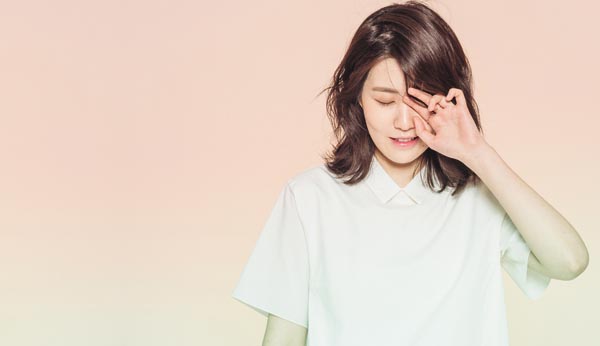 Shim Eun-kyung, who plays Heejoo in the film “Missing You.” [STUDIO 706]

Neither Nami, the cheerful and daring young girl from the film “Sunny” (2011), nor the unaffected Oh Doo-ri from “Miss Granny” (2014) were anywhere to be found in the interview with the actress who portrayed them, Shim Eun-kyung. Sitting in a chair, she came across as cautious, almost too shy to face the camera. The actress carefully considered every question asked, smiling bashfully after each one. This is Shim’s true self - a far cry from the willing protagonists she plays on screen. She is so immersed in each role that even her greatest fans are fooled. In person, she is honest to the point where she is almost too hard on herself, and she hesitantly revealed that she has found some of her past thoughts to be petty - a courageous self-disclosure that appears to have been possible because she has finally learned to love herself.

Past year marked by reflection

The bashful star was looking forward to 2016. Just two years ago, Shim was enjoying the success of her feature film “Miss Granny” (2014) as well as the modestly received drama “Tomorrow Cantabile” (2014). And while the actress did not appear on the big screen in 2015, she stayed busy to remain on it. Shim wrapped up filming on three movies, including “Missing You,” which opens Thursday. Yet the life lessons she has learned in the process may be just as valuable as the finished projects themselves. Shim recalled 2015 as a time during which she continued to question herself. And just when she started to realize that “all the questioning, filming and everything else are steps to becoming a wiser woman,” the emotional turbulence from the past 12 months became apparent. Meet the actress who strives not only to excel at her craft, but also to become a wiser woman.


Q. Heejoo of “Missing You” is a nice, naive girl as well as a bit of a shady character who clandestinely plans retribution for her dead father. She’s obviously different from previous characters you’ve played. Was this your attempt to try out a new role and potentially expand your future options?

A. Not so much. Choosing Heejoo wasn’t really me jumping out of my comfort zone. It’s more like I was drawn to it. A lot of fans remember me as Nami from “Sunny” and Oh Doo-ri from “Miss Granny,” who are both cheerful characters with light personalities. But I actually like darker movies and was, in fact, cast in films like “Hansel and Gretel” (2007) and the mystery horror film “Possessed” (2009). It just happened to be that I was a bit too young and didn’t have much exposure. While searching for my next dark film, I came across “Missing You” and found Heejoo’s enigmatic nature extremely appealing.

What makes Heejoo so enigmatic?

In thrillers, actors typically try to expose an ambiguous character’s fanatical nature. Heejoo, though she has somewhat of a fanatical nature within her, it is to a significantly lesser degree. On the one hand, she still retains this youthful innocence in the film. The interesting part about playing her was pulling the two polarized sides together. It wasn’t about picking one or the other to show. 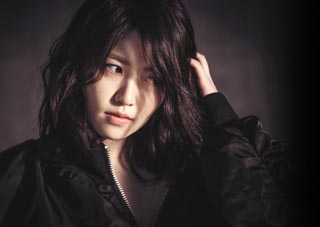 You seemed to be trying to convey Heejoo’s ambivalence with poise. Why so?

I just didn’t want to go overboard in expressing her ambivalence. I thought going overboard wouldn’t necessarily make Heejoo’s daunting nature more apparent. Heejoo gets to face Gibeom, whom she believes killed her father. It may be too much for the audience to bear to watch her go head-on with Gibeom, who is also crazy and headstrong. So instead, I resorted to showing her desperation to resist Gibeom in the fight scene.

Heejoo steps up to punish the killer herself. Were you able to read or understand her state of mind?

I can’t say I did to a full extent. Technically speaking, Heejoo’s actions in the film are, by no means, right. I did know, however, that Heejoo felt her actions were just, and it was difficult to figure out how I should bring that to life. I’ve never been the actress who carefully dissects her characters’ emotional states before acting it out.
Still, I was able to have a certain level of empathy for Nami and Oh Doo-ri and at least set the direction. Without being able to fully decipher Heejoo’s mind, I acted but still wondered about it. But I realized this would allow the audience to question her, too, which I believe is the way it should be, considering her enigmatic nature.

What about you? Other than your bright and innocent sides that fans know, do you have any other sides we have yet to see?

I don’t see myself as a bright girl (laughs). To be quite honest with you, I’d say I’m generally not a bright person. I’m just an ordinary and quiet girl who keeps to herself.

You started your acting career when you were 10 years old. Why do you love acting so much?

When I started, I wanted to show myself off to the world. But it just came to me one day that those things aren’t all that important, then I grew out of it. I realized it’s really about whether acting makes me happy. Only then will I be able to deliver a good performance. Acting becomes harder and harder as you go because there is no definitive answer. I still struggle with this question of what’s right and what’s wrong. But once I hear the clapper, all those concerns fly right out the window. That feeling may be what makes me go on after all. 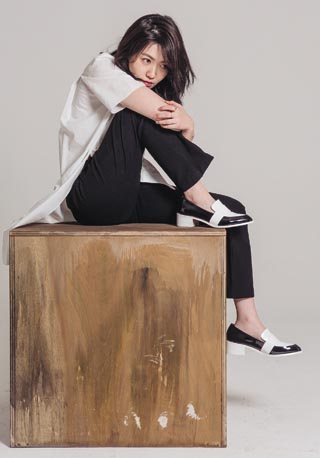 How was it filming three movies last year?

I was really sad to see “Tomorrow Cantabile” go down the way it did. It made me jump on the films I wanted to do without a second thought. Amid all that, I asked myself what acting was, who I was and many other questions.

Did a serious question bring about any change?

I’ve been overly proud of my long career as an actor, which started in my childhood, as if it were some kind of confirmation for my acting skills. But I learned that, in fact, it isn’t so much about getting recognition or props from others, so much as it is about listening to myself. Acting should be done that way, too.

You’re finally returning to the big screen after working all last year. Are you nervous?

Last year, I said to myself that my entire acting career depends on 2016 (laughs). I’ve dropped that idea now. I just have to put in the maximum effort and just be who I am. Regardless of how it ends up being, whether good or bad, I will have proven myself in that way. I remember always having that pressure and desire to give the audience something special. But I don’t want to make myself something I am not. I grew tired of it. Besides, I’m not good at lying, and that’s what I consider such acts to be. I feel I wouldn’t be able to achieve anything if I didn’t abandon that greed.

Such mature thoughts will surely help you in your life, don’t you think?

All this is put nicely. When I’m alone going through these thoughts, I see it in a much more negative way. I just say to myself that this is just part of growing up. I wish all the questioning, filming and everything else were the steps to becoming a wise woman.