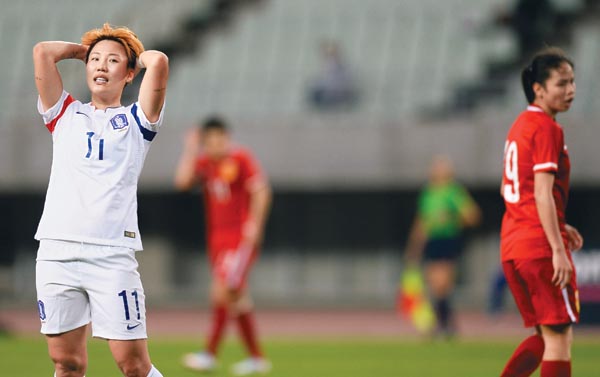 South Korea’s Jung Sul-bin is devastated after South Korea’s national team suffered yet another defeat to China yesterday by 1-0 in the final qualification round of the AFC Women’s Olympic Football Tournament Rio 2016. China took the lead in the first half when Wang Shanshan netted the ball with a header in the 42nd minute after Wang Shuang nudged the ball inside the box with a cross. Korea was unable to equalize in the second half. With two draws and two losses, the loss obliterated the South Korean ladies’ hopes for Rio. [NEWSIS]