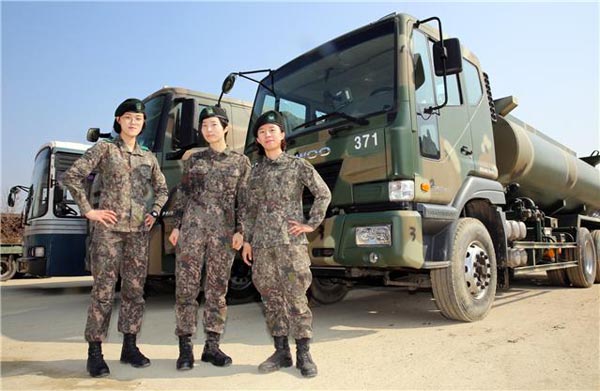 The Ministry of Defense announced a plan to expand the number of female military officers by 2017, not long ago considered a forbidden zone for women.

Currently, there are nearly 10,000 female officers in the military, and the number is likely to gradually increase. Of the 10,000 officers, around 6,600 are affiliated with the army. There are only two female generals.

According to the defense ministry, Korean women officers recently advanced to divisions involved in air defense, the artillery and reconnaissance. 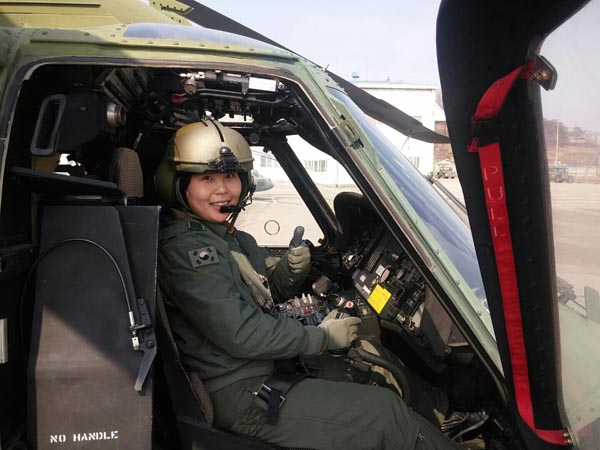 Maj. Jang Si-jeong is the pilot of the UH-60 Blackhawk helicopters. [NEWSIS]

Maj. Jang Si-jeong, 37, who handles the control stick of a UH-60 Blackhawk helicopter, is one female officer breaking glass ceilings in the once overwhelmingly male Korean military.

Jang, who received a master’s degree in aerospace engineering from the State University of New York in Buffalo last year, successfully juggles her roles as a Blackhawk pilot, a company commander, and the mother of two children.

Col. Roh Kyung-hee, 47, is the first female officer to become the commander of an infantry regiment. She was made commander of the 72nd army division last June, following a successful period as a nurse officer. Roh is an expert in strategy and education training.

The defense ministry said the military has operated various programs to support female officers in the military including the opening of maternity clinics in army hospitals and expanding the number of day care centers for working mothers.