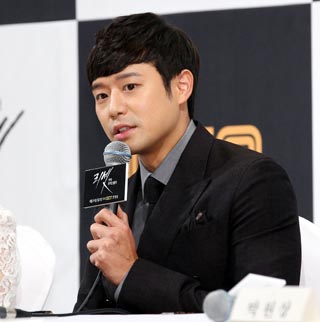 Actor Chun Jung-myung has been cast in the new KBS2 drama “Master: God of Noodle.”

The actor will play the lead character who voluntarily abandons his name and prepares to restore his lost fate, according to the drama’s PR company. The drama features the journey of “nameless,” who strives to follow in the footsteps of his noodle master father.

The drama is a remake of the comic book “God of Noodle” by Park In-kwon.

“The main character’s mental toughness was a powerful influence on me on to accept the role,” Chun said.

“Master: God of Noodle” will start airing on April 20.