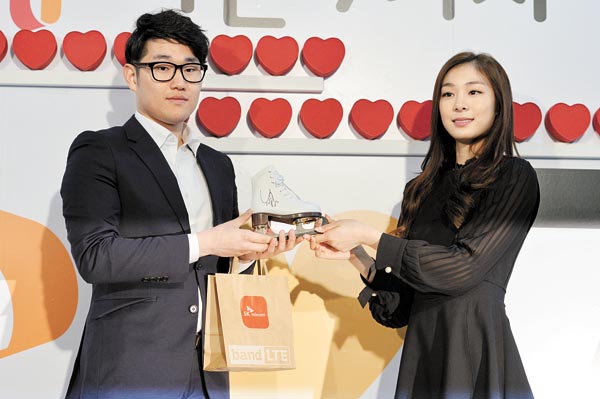 The new phone went on sale on Friday.

The amount varies depending on the type of monthly plans but generally, the higher the base fee the larger the subsidy.

But LG U+, the smallest wireless carrier, offers the highest subsidies on most plans as it aims to take away market share from the bigger players KT and SK Telecom.

The carrier posted the highest subsidy at 264,000 won ($220) for the Galaxy S7 series when a user subscribes to a plan called New Voice Unlimited Video 10.

With the subsidy, the default cash price of Galaxy S7 (32GB) can be 532,400 won, though many opt for a two-year contract to pay in installments.

The plan is among the high-priced schemes where monthly base fees hover above 100,000 won.

The financial deal will drop to the 100,000 won range for moderate users.

On top of the offerings, individual stores may offer an additional subsidy equivalent to 15 percent of the carriers’ subsidy.

But for the mild users, it would be beneficial to choose a 20 percent discount option on a monthly phone bill over the subsidies.

The Ministry of Science, ICT and Future Planning announced the discount measures in 2014, following the implementation of Mobile Device Distribution Improvement Act, which capped the subsidies telecoms could offer at 330,000 won ($275).

Another option is the newly-introduced rental phone service. The service dubbed Galaxy Club is the equivalent of Apple’s iPhone Upgrade Program in which users can exchange their phones after using them for one year. This is the first time Samsung has experimented with the option.

The tech giant attempted to boost its appeal by lowering the retail price of the Galaxy S7 series.