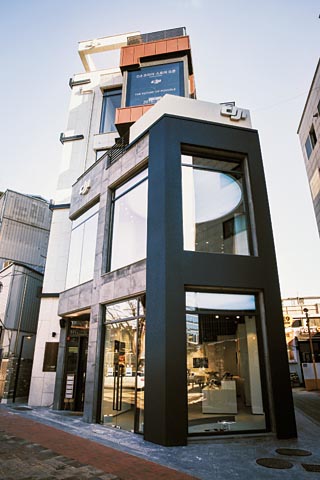 The Shenzhen-based company opened its first store outside China in a five-story building near the trendy Hongik University neighborhood in western Seoul yesterday.

The decision to select the university neighborhood over larger commercial areas like Gangnam District reflects the positioning the company seeks in Korea. 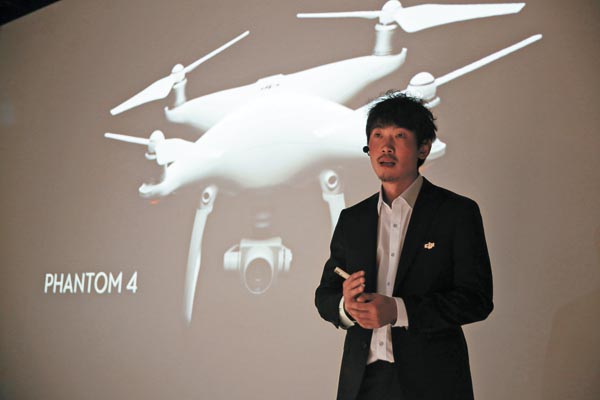 “It’s true that the location can be inconvenient when it comes to doing business,” Moon Tae-hyun, DJI country manager, said during the press event on Friday.

“But this area is a hub for different cultures. We want to become part of the youth culture.”

The company said that Korea’s potential and enthusiasm for consumer drones made it an obvious choice to locate its first non-Chinese store.

“With more and more people consuming video content on their mobile devices and the growing community of photographers and content creators, DJI sees Korea as a market with strong potential,” Moon said.

He cited an advanced IT infrastructure and tech-savvy consumers as primary reasons for the launch.

In line with his company’s goal, Moon said now that DJI Korea has established a physical presence, it is on the lookout for diverse marketing and business partnerships, especially in the entertainment and sports sectors.

DJI has managed to turn its flagship Korean store into an interesting environment. A glass-covered wall shows a handful of drones flying around. A few steps into the building reveals a full range of drones and action cameras that can be mounted on drones with displays of breathtaking views taken by DJI’s drones.

The building houses showcase rooms, a repair and consulting center and flight areas.

The 870-square-meter (9,364-square-foot) first floor showcases a wide range of DJI products, including drones and accessories. At the forefront is the latest Phantom 4, which has advanced intelligence features such as automatic scanning for obstacles. The maximum distance for the model, with a price tag of 2 million won ($1,680), is 5 kilometers (3 miles) and its flying time is 28 minutes.

Besides the newest flagship model, the store displays the full series of the previous Phantom 3, high-end Inspire 1, Spreading Wings and Matrice 100. Also for sale is the Ronin handheld three-axis camera and a 4K handheld camera, the Osmo. On the second floor are multiple displays of striking views submitted by DJI users across the world.

“We installed this zone to connect our consumers together and share the inspiration that our users bring with DJI products,” said Son Jae-yeon, manager of the store.

The third floor is devoted to sales and service and advice to help existing users operate and maintain the devices better. The basement level has what DJI calls a Hall of Inspire. With the look of a small theater room, visitors can enjoy visual displays.

This area is designed to identify with existing users and newcomers.

“The DJI flagship experience is an important touch-point to connect people with our cutting-edge technology and get a sneak peek into the future,” Moon said.