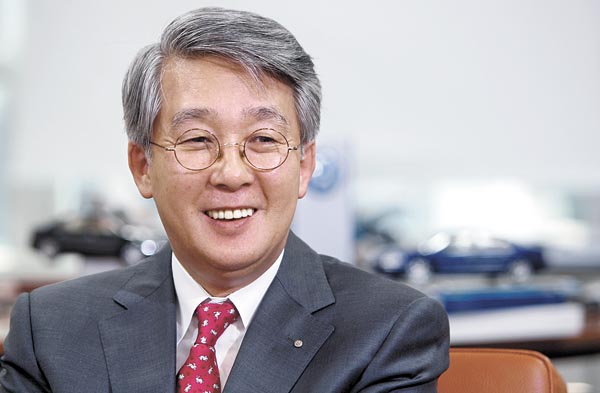 Park Dong-hoon, vice president of Renault Samsung Motors (RSM), has been promoted as the new head of the automaker.

According to the nation’s fourth-largest car maker, the 64-year-old Park, who is in currently charge of sales, is replacing CEO Francois Provost on April 1 as part of the company’s efforts to improve its status in the local market, where the company has been struggling in the past few years.

Park will be the first Korean CEO of RSM since it was established 16 years ago. Wrapping up his work in Korea, which lasted four years and seven months, the French CEO is going to lead Renault China.

Industry insiders say Provost has successfully carried out the automaker’s revival plans since he was named CEO in September 2011, when the company was in the midst of financial hardship during the global financial crisis. 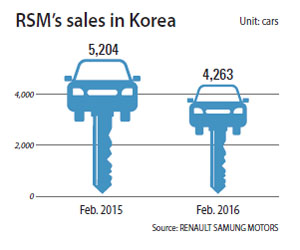 Provost was also successful in expanding the production capacity of the automaker’s Busan plant, as the facility started manufacturing 80,000 units of the Nissan Rogue SUV in 2014 and increased the amount to 110,000 units last year.

“The reshuffle was carried out based on Renault’s moves to expand its business in China,” the automaker said in a statement. The Renault recently started operating a plant in Wuhan and launched the Kadjar SUV in China.

Park is expected to boost RSM’s sales in the Korean market, where the automaker has failed to see a breakthrough in recent years. RSM only sold 2,101 cars here in January, but the figure increased by 102.9 percent last month to 4,263. However, year-on-year sales dropped by 18 percent, mainly due to aging models including the SM5.

One good development for the company is that the new SM6 sedan is getting the attention of local consumers. The automaker said it already received 11,000 preorders for the mid-sized sedan in just a month. The company started selling the car this month and currently aims to sell more than 20,000 units in next two months.

The SM6 was developed by RSM’s mother company, Renault, and is being sold as the Talisman abroad. Park, who spearheaded the effort to bring the new model to Korea, had led similar projects in the past when working for foreign automakers. RSM was the only local automaker that failed to launch a new car last year, putting the company behind of the nation’s smallest automaker Ssangyong Motor in terms of sales. Ssangyong had a particularly good year with the new Tivoli SUV.

Park has accumulated experience in the imported car market. He was a vice president of Gojin Motors Import, a dealer of Volkswagen and Audi cars, in 2001, and he was the first CEO of Volkswagen Korea when it was established in 2005. He later became the head of the Korea Automobile Importers and Distributors Association in 2008 and joined RSM as the sales chief in September 2013.

According to industry sources, Park will not focus on developing new cars in Korea. Instead, he will bring in models that are already sold overseas, such as the minicar Clio and minivan Espace. He has already done similar jobs, such as when he brought in the compact SUV QM3, which is manufactured in Spain.

“I will bring more Renault cars,” the new CEO said in an interview with the JoongAng Ilbo. “It is hard to compete in the local market with only RSM’s six models. We will strengthen the identity of Renault to improve our competitiveness.”