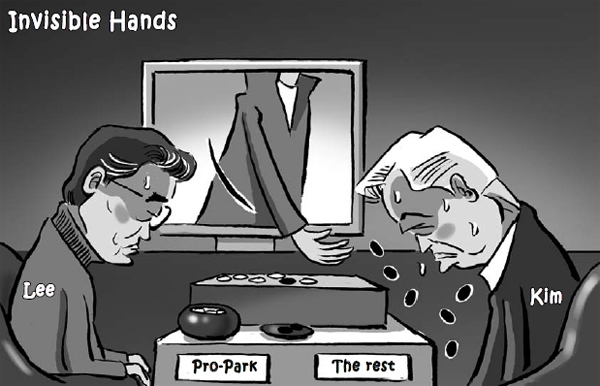 After ruling Saenuri Party Nomination Committee Chairman Lee Han-koo, a loyalist to President Park Geun-hye, announced three guidelines on Monday for picking the conservative party’s candidates for the April 13 general election, Chairman Kim Moo-sung, not a Park loyalist, is depressed. One of the guidelines says, “No nomination of candidates whose philosophy does not match the party’s identity.” Last year, former floor leader Yoo Seong-min fell out of favor with the president after attacking her for her campaign promise of welfare without tax increases.