The Bard visits Seoul this year

The Bard visits Seoul this year 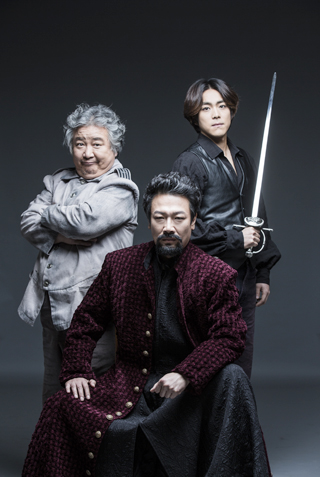 Shakespeare’s “King Henry IV Part 1 & Part 2,” or “The Prince and Falstaff,” is coming to Seoul later this month. The play is about King Henry IV, his son and Falstaff, and describes the quest for power. The Seoul Metropolitan Theatre’s version of the play has been updated to suit today’s audiences. [SEOUL METROPOLITAN THEATRE]

English playwright William Shakespeare (1564-1616) passed away 400 years ago, yet his literary legacy lives on even in Korea.

To mark this special anniversary, and to help people continue to enjoy his well-known works, a number of performances are being planned in Seoul this year.

One example is the play “King Henry IV Part 1 & Part 2,” subtitled “The Prince and Falstaff.” The Seoul Metropolitan Theatre will stage the play for the second time since the premiere in 2002.

Oh Se-Hyeok, the writer who adapted the play, noted that this story can be applied to today’s society, where people still struggle for power. He added some lines to make the play more up-to-date.

The play is about King Henry IV, who dethroned Richard II and became the king of England. Thus, he craves political stability and tries to protect himself from rebel forces while his son continues a wasteful life with Falstaff. However, the prince successfully defeats the rebel forces and finally becomes the king. 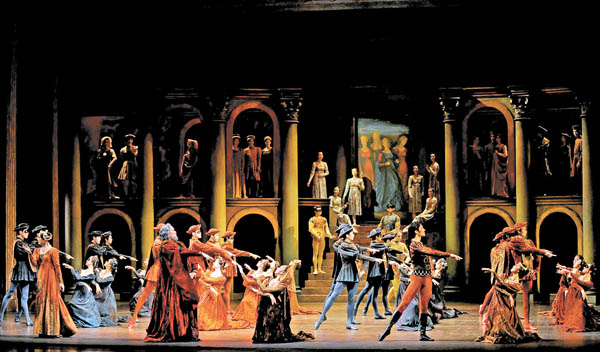 Universal Ballet will perform “Romeo and Juliet” for the first time in four years. [UNIVERSAL BALLET]

Kang joined the 2002 premiere of the play, in which he took the role of the prince. Lee Chang-jik also took part in the premiere as Falstaff, and reprised the role in 2010 in Busan.

“Falstaff is the most comical character in all of Shakespeare’s plays. He is a bragger and a lecher yet he’s lovely,” he said. “I’m playing Falstaff for the third time, but every Falstaff will be different as I get older.”

Park Jeong-bok is a rookie star, and the director said he thought of the prince as soon as he saw Park.

The performance will run from March 29 to April 14 at the Sejong Center for the Performing Arts in central Seoul.
Later the Korean National Ballet will perform “The Taming of the Shrew,” which was made into a ballet by the Stuttgart Ballet and had its premiere in 1969.

The Korean National Ballet gained the first license for the piece in Asia, and it is being choreographed by John Cranko, who also choreographed the world premiere in 1969. The performance will be staged from June 23 to 26 at the Seoul Arts Center. 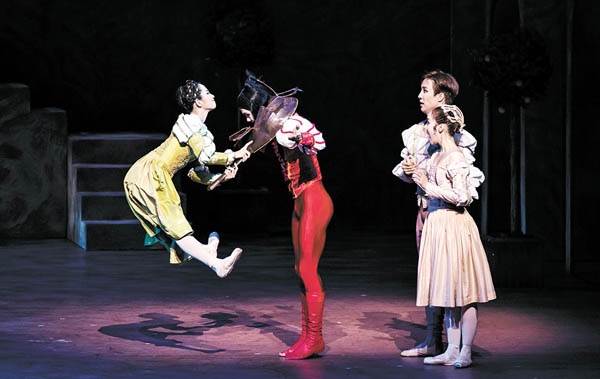 The Korean National Ballet will stage “The Taming of the Shrew,” the first licensed performance of the piece in Asia. [KOREAN NATIONAL BALLET]

Finally, the Seoul Metropolitan Opera is going to perform Giuseppe Verdi’s “Macbeth,” a piece that describes the brutality of human instinct and the lust for power.

The Seoul Metropolitan Opera aims to perform the opera with its own style, giving the audience a new experience. It will run from Nov. 24 to 27 at the Sejong Center.