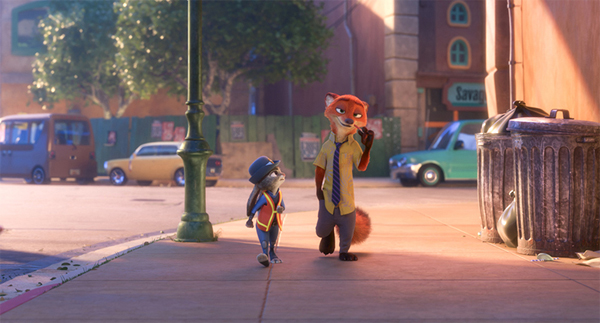 Already in its fourth weekend, Disney’s family-friendly animation “Zootopia” claimed the No. 1 spot in the Korean box office for the first time, a rare occurrence given the constant flood of new releases. [WALT DISNEY COMPANY KOREA]

Without many interesting new releases at the box office, Disney’s family-friendly animation “Zootopia” climbed up in the charts, claiming the top spot for the first time, a month after it was released in Korea.

Attracting 342,917 moviegoers in its fourth weekend in theaters, the comedy-adventure flick has now sold 2.3 million tickets in Korea, taking in 18 billion won ($15 million).

On the back of strong support from Korean audiences as well as interest from abroad in the issue of so-called comfort women, the low-budget film opened at a CGV theater in Los Angeles on Friday.

The film was also simultaneously released online through a platform called KORTV, a streaming service dedicated to Korean-made content that has partnerships with Amazon TV and Apple TV.

The digital service is not only available in the United States but is also ubiquitous in designated cities of Canada and the United Kingdom.

In a bid to raise global awareness about the horrendous experiences of some 200,000 young women during World War II, the filmmaker is hoping to distribute the film widely.

It portrays a terrorist attack against London during the funeral of the British prime minister, followed by the kidnapping of the American president. Butler plays top secret agent Mike Banning.