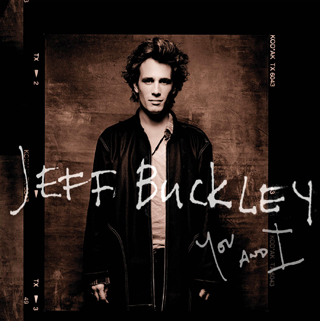 “You and I” is a hearty posthumous collection of previously unreleased tracks by Jeff Buckley. It’s a sparkling, raw mix of covers and rehearsal tracks recorded in 1993, four years before he died from accidental drowning.

Buckley only released one studio album, “Grace,” so these are the things we have left of him to mull over and wonder what might have been.

He takes his time and shines during a rambling rendition of Bob Dylan’s “Just Like a Woman.” Buckley opted for a clean tone from his electric guitar with a gentle bit of reverb, while his voice swoops and soars. It’s a beautiful treatment.

He did not and may have never topped the charts were it not for the public’s growing fondness for his soft voice and emotional guitar work after his death. He only charted well when his cover of Leonard Cohen’s “Hallelujah” grabbed the top spot on Billboard’s Hot Digital Songs chart in 2008.

But since then the appreciation for his music scarcely wavers and “You And I” puts a proper spotlight on Buckley, for whom the legend continues to grow. AP