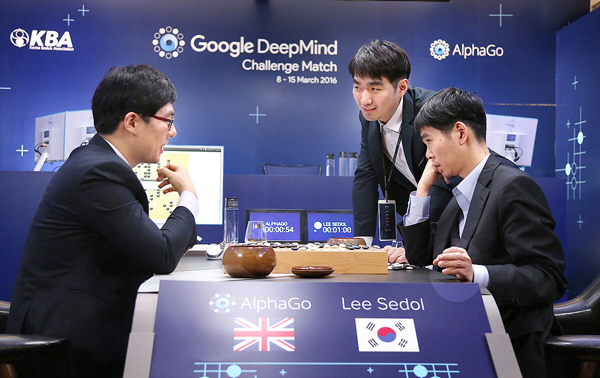 The game at the Four Seasons Hotel in central Seoul wrapped up at 6 p.m. - five hours after its beginning and well beyond the four-hour limit -- as the Korean Go master gave up after his 280th move.

Lee beat AlphaGo in the fourth game on Sunday – after losing the tournament with his third loss on Saturday – and hopes were high that he would again find flaws in the performance of the Google-made machine and assure humans that the man-made, self-evolving system has yet to reach perfection.