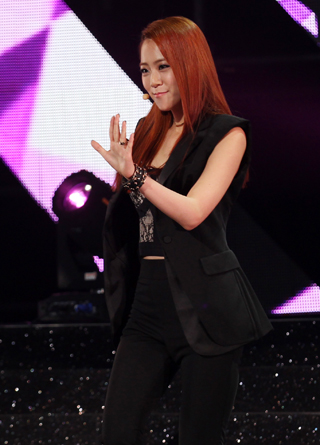 Kang Ji-young, a former member of the K-pop girl group Kara, has made her solo debut.

According to music distributor Sony Music Korea, Kang has sung original soundtrack songs for a Japanese drama. The songs are titled “Final Farewell” and “Radio” and were released under the name JY, Kang’s initials.

Two tracks were first released in Japan and are scheduled to become available in Korea on Monday.

Since her departure from Kara in 2014, the singer has been active in the Japanese drama scene.

“This chance to sing was not something I foresaw,” the 22-year-old said. “I am happy for the opportunity and will continue my singing career as well as acting career.”

Debuting as part of the five-member group Kara in 2008, Kang with her fellow members released songs like “Honey” (2009) and “Lupin” (2010). The singer has a lot of experience in Japan under her belt, as she has been active in the music and TV scene there.