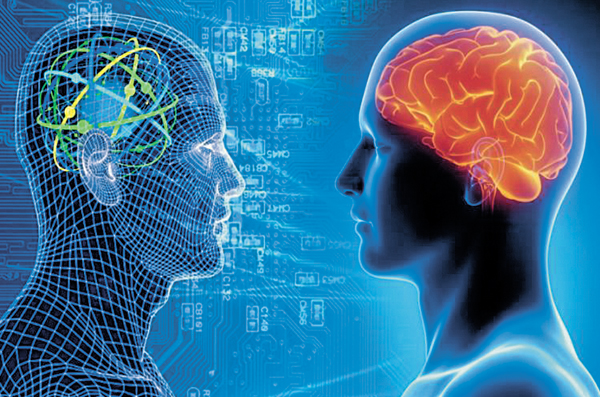 The victory by Google’s artificial intelligence (AI) algorithm AlphaGo in the historic man-versus-machine Go tournament that wrapped up in Seoul on Tuesday is a major milestone in AI research.

But while the win means that Google can now turn toward more serious applications for its AI technology than board games, it also served as a bitter reminder to many Koreans that their own nation is in its infancy when it comes to AI.

Making things worse, the event comes at a time when Korea is struggling to maintain its global dominance in the manufacturing of smartphones, televisions and vessels amid increasingly formidable Chinese competitors.

A 2015 study by the state-run Institute for Information and Communications Technology Promotion showed that Korea is four years behind the United States in AI technology. The United States - home to AI giants like IBM, Google, Microsoft and Facebook - was given a score of 100 in the study. Korea stood at 75, compared to Japan’s 89.3 and China’s 71.9.

AI is predicted to become a gold mine for the tech field, considering the infinite number of potential applications. The group behind DeepMind, the British start-up that created AlphaGo and was later acquired by Google, did not create the self-learning software just to win the ancient board game. AI could make possible everything from robots to care for the elderly to self-driving cars.

In a study by American market researcher BCC Research, the global market for so-called smart machines is projected to be worth $15.3 billion by 2019 after posting an annualized average growth of 19.7 percent from 2015. The firm divides the market for smart machines into five segments: neuro-computers, expert systems, autonomous robots, smart embedded systems and intelligent assistance systems.

Investment in AI-related start-ups around the world has increased nearly sevenfold since 2010, from $45 million to $310 million, according to Hyundai Economic Research Institute, a private think tank.

But Korea remains far from able to grab a meaningful slice of the ever-expanding AI pie.

Patents related to AI filed in Korea totaled 306, a mere 3 percent of those filed worldwide as of July 2015.

Of the 119 government-supported research and development projects that took place last year, only 39, or 32 percent, were focused on AI.

Several IT companies, including Naver, NCSoft and SK Telecom, have been developing voice recognition or deep-learning technologies at their own AI labs in recent years. But the two biggest local giants, Samsung Electronics and LG Electronics, only recently established R&D teams focused on the sector. Samsung has invested 48 billion won ($40.2 million) in AI-related start-ups.

Google, on the other hand, has poured an estimated $28 billion into AI research since 2001. China’s Baidu has spent $300 million to launch the Institute of Deep Learning in 2013. Its areas of focus include image recognition, machine learning, robotics, human-computer interaction, 3-D vision and heterogeneous computing.

On Monday, when the weeklong “showdown of the century” was still under way, the Ministry of Science, ICT and Future Planning vowed to spend 30 billion won this year to support local companies developing robots, autonomous vehicles and drones and on training individuals in AI-related fields. The United States, in comparison, has spent the equivalent of 3.56 trillion won annually on AI-related fields in the past few years.

“Korea has only recently come up with policies to beef up AI industries, but it is still behind other advanced countries in terms of both timing and size,” said Jang Woo-seok, a researcher with Hyundai Economic Research Institute.

Experts caution the Korean government against allowing its plan to become mired in bureaucracy.

“You need unrequited, long-term investment to see any scientific research blossom,” said a researcher with a science think tank who requested anonymity. “But if the past is any indicator, there is a high chance the government will demand results within a short period of time.”

Still, the Go tournament that made headlines around the world has yielded some positive results.

“The impact of the Google DeepMind Challenge is so huge that investments from local industries in AI are expected to expand exponentially,” said Choi Seung-jin, a professor of computer science at Pohang University of Science and Technology. He cited smartphones and automobiles as sectors that will benefit the most.

The match also shed light on the importance of fundamental academic fields. Science, ICT and Future Planning Minister Choi Yang-hee admitted the academic fields that most consistently produce AI researchers are those most often neglected in Korea: mathematics and neuroscience. Korea’s brightest minds tend to become doctors or lawyers.

Parents have also begun to consider new ways of raising their children to be more capable of competing in future labor markets influenced by AI.

“No one ever expected AI would become such a huge topic when we were growing up,” said Jina Lim, the mother of a 4-year-old daughter. “We expect to see a tremendously different labor market landscape when my daughter becomes an adult, and it’s almost impossible to predict which jobs will remain intact then.”

A World Economic Forum survey projected in January that 5.1 million jobs would be lost over the next five years in 15 leading countries because of the increasing capabilities of robots and artificial intelligence.