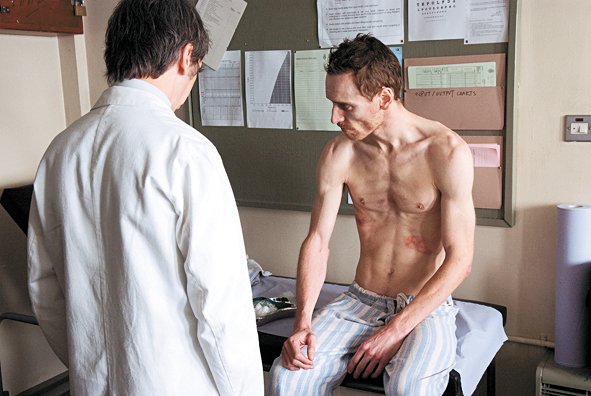 
Sometimes one must sacrifice themselves for what they believe is right. The film is a historical drama about a group of prisoners of the Provisional Irish Republican Army (IRA) in the late 1970s to early ’80s that defied the British government under the rule of Prime Minister Margaret Thatcher. In particular, the film focuses on the 1981 Irish hunger strike.

Bobby Sands, played by Michael Fassbender, shows strong resistance in the prison not to eat anything in order to achieve what he demands - freedom. His fellow prisoners also participate in the hunger strike, approaching the verge of death.

Sands fought for 66 days until his death, strongly demanding liberty to the end.

Director Steve McQueen wanted to portray the strong will of Sands and others, asking the important question: Can independence and freedom be more valued than life?

Interestingly, Fassbender appears in all the three of the director’s films, including “Shame” (2011) and in a minor role in “12 Years a Slave.”

Love changes, emotion changes and relationships with loved ones also change. Thus, nothing is permanent, but the memories of the tiger, the fish and the sea remains.

The film originally opened in 2004 and is being screened here again due to its tremendous popularity. The sensational Japanese romance film captured the hearts of the moviegoers. Now, 12 years have passed and those who saw it then have matured. The movie might deliver a substantially different message to the audience now with their different perspectives compared to in the past.

And for new fans, the film provides a chance to think about what love is and what the end means.

Tsuneo, played by Satoshi Tsumabuki, and Josee, by Chizuru Ikewaki, fall in love as they get to know each other better. Josee wants to see a tiger and a fish with the person she loves. One by one, they build their memories together.

However, Josee feels that their love will someday end, and that the day is not so far away.

The film was actually based on a short story of the same name written by Seiko Tanabe. While the author focused more on the process of love being transformed, the screenwriter put more emphasis on the details of the beginning of their love up until their separation.

Sophie, played by Kristen Stewart, feels that the field of philosophy is of no use anymore when the communications of the present day are being severed and people are abandoning the importance of thinking. She gradually becomes skeptical toward everything.

Professor Zarrow decides to end his 34-year career in order to spend more time for himself. But an incident occurs that changes his life.

There are several scenes that portray the lives of Zarrow’s acquaintances. They are juxtaposed with the story of his own life, displaying each person’s pain and emptiness.

Director Tim Blake Nelson has developed a career as a filmmaker along with his acting in films such as “Fantastic Four” (2015). Nelson tries to ask a question of people through this film, of whether the development of technology is beneficial to the growth of people externally and internally.

Stewart has gained popularity after starring in the “Twilight” series beginning in 2008. This time, she portrays a different character who ponders the essential meaning of life. 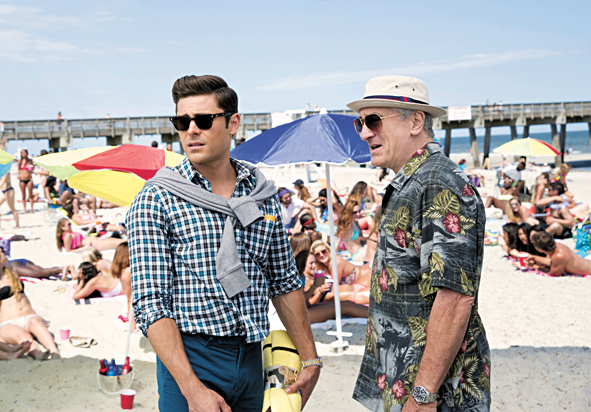 Robert De Niro has come back with another feel-good movie that gives good advice on leading a better life, after his appearance last year in “The Intern.”

De Niro plays the role of Jason’s (Zac Efron) grandfather, Dick. He pities his grandson for thinking only of future success, just like his father. So, he plans to take Jason for a trip to Florida.

However, the reckless grandpa and hardheaded grandson’s trip does not seem to go smoothly. Various incidents happen, and even Jason’s wedding is at risk, on the verge of being canceled.

The two strengths of this film are the comic acting of De Niro as he shows Dick’s freewheeling spirit and his character’s familial love toward his grandson.

De Niro is a living legend who began acting in 1969 and has built a career that spans every genre. Efron, who won a Teen Choice Award in 2006, has become a sexy icon. However, in this film Efron throws away his sexy concept and plays a boring and rigid person.

After a woman has waited 15 years to meet a man, the chase begins.

Hee-ju, played by Shim Eun-kyung, cannot forget Ki-beom, played by Kim Sung-oh, the man who killed her father in front of her when she was a young girl.

After 15 years, the murderer gets out of prison. Around that time, a series of murders almost identical to the previous cases starts to occur.

What will Hee-ju do?

For Shim, this is her first time playing the lead in a thriller movie. She previously starred in films such as “Sunny” (2011) and “Miss Granny” (2014).

Director Mo Hong-jin originally thought of the main character as a male. But after watching Shim act, Mo decided to change the gender and added a more sophisticated description of the character’s emotions.

Furthermore, he made Hee-ju’s room perfectly depict the trauma from witnessing her father’s death. Thousands of news clippings and philosophical notes are stuck everywhere, creating a dark, isolated atmosphere.

More surprisingly, Kim lost 16 kilograms (35 pounds) for his role of a serial killer in only four weeks. 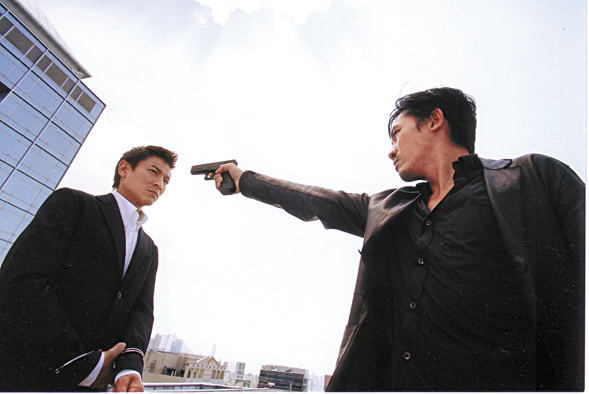 This epic film noir was released in 2002 in Hong Kong, where it received rave reviews for its suspense and the storytelling.

Moviegoers have been absorbed by the unique style of Hong Kong noir, and due to its lasting popularity, this film is being brought back to the big screen this spring.

Lau Kin-ming, played by Andy Lau Tak-Wah, who is a member of the gang, becomes a spy working as a police officer, while another man, Chan Wing-yan, played by Tony Leung Chiu-Wai, works as an undercover cop in the same gang of Lau.

The boundary between good and bad is ambiguous. The two characters fall into the irretrievable path of accepting the fate of becoming the spy of each other’s organizations. Everything is unstable and the atmosphere is dark and gloomy.

Director Alan Mak and writer Felix Chong both agreed that the film would not follow the standard characteristics of film noir such as exaggerated scenes of fighting and conflict.

And in Hollywood, “The Departed,” directed by Martin Scorsese, was released as a remake of the film in 2006 and won four Academy Awards. It starred Leonardo DiCaprio, Matt Damon and Jack Nicholson.